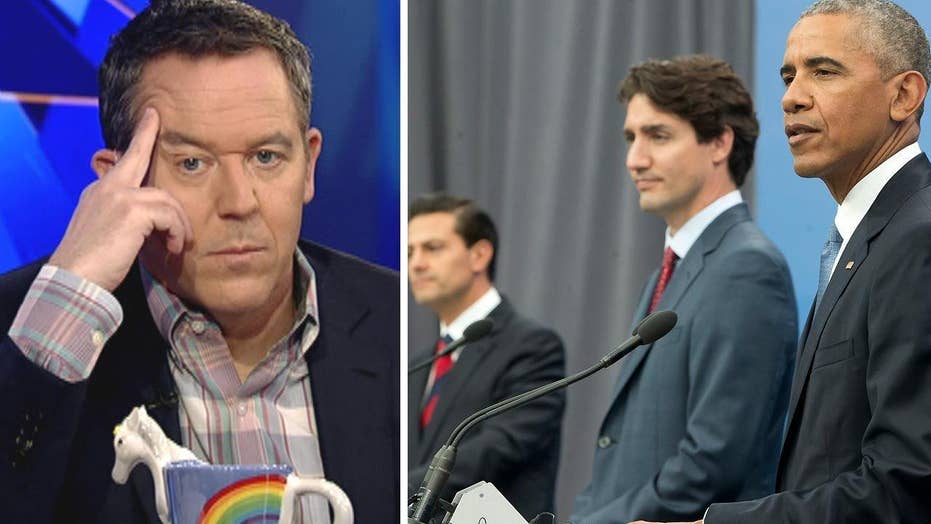 Yesterday on "CBS This Morning," a correspondent noted how the recent terror attacks were diverting attention for more urgent matters, like our special friend Mr. Climate Change.

MARGARET BRENNAN, CBS CORRESPONDENT: President Obama, though, this is the third time in the past year that a major summit is being overshadowed by terrorism. Here in Ottawa, Mexico, Canada, and the President Obama representing the U.S., were all supposed to sit down and tackle tough climate change issues including a pledge to switch to renewable, clean energy and tackle immigration issues.

Poor thing. Instead of discussing how to devote billions of dollars, countless hours of time to slightly adjust global temperatures with little or no evidence that it's realistic, possible, or even
beneficial, we must tackle an evil that's causing mass death now. Oh, the pain. Having to deal with such an inconvenience, especially when you've already printed up that elegant climate agenda on thick organic stock, hired a mine troop to act out the horrors of carbon emissions and Leo DiCaprio had just written some haiku on a nude model's back.

Terror always rains on their parade. That murderous guest, always uninvited, refuses to leave until you're dead. What a pain. Because it's not like we ever discuss climate change or have global summits where self-obsessed celebrities and blowhards show up to out-panic each other.

Imagine if we had the opposite: That we have a leader who saw terror as the chief threat, galvanizing the globe to fight these ghouls. Imagine if celebrities understood that they would be the first to die under a caliphate. Imagine if they understood "terror change," how the threat expands based on advancing technology. Imagine if they could understand true evil. Of course, they just blame it on SUVs, guns, and Christians.