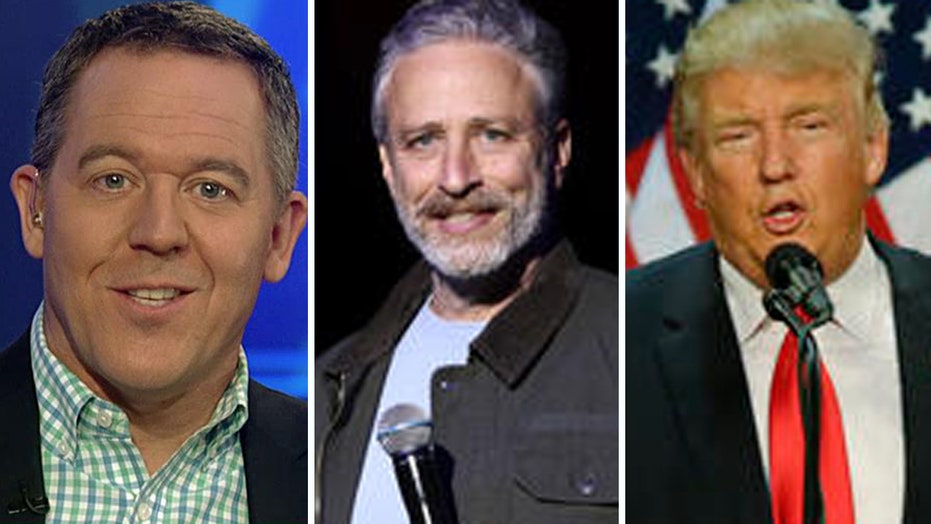 Gutfeld: Stewart is right about Trump for the wrong reason

Blame the left for the rise of the presumptive Republican presidential nominee, but not for the reason the former 'Daily Show' host thinks

In a recent podcast the Progressive Pope Jon Stewart blamed Donald Trump's rise on the left for not making government awesome:

JON STEWART, FORMER "THE DAILY SHOW" HOST: And I'll lay the blame then with the Democrats. The door is open to an (beep) like Donald Trump, because the Democrats haven't done enough to show to people that government that can be effective for people, can be efficient for people. And if you can't do that, then you've lost the right to make that change, and someone's going to come in and demagogue you.

STEWART: And that's what happens.

I think they bleeped out "amazing guy." Anyway, then he went after Donald's motto:

STEWART: When was America great? When was -- what is this time that he speaks of, '81-'82? Like, what are we talking about? And who took your country away from you?

STEWART: Think of the argument with the Founders. Take it up with the Age of Reason. That's the, you know, all men are created equal. That's (beep) the whole thing up.

Now Jon is right about blaming liberals for Trump, but for the wrong reason. It's not because of their failed attempts at governance, it's the left's inmate anti-Americanism as reflected in Stewart's mockery, just there, of our country's previous greatness.

Perhaps if Stewart would have been less insulting about the country that made him beyond rich, there would have been no need for that "Make America Great Again" hat at all. Maybe America wouldn't have been so drained by the ceaseless teachers' lounge assumption from Stewart and his imitators that love for one's country is the stuff of rubes with missing teeth.

True, Jon was dearly loved by the media. Just witness the convulsions of excitement over this brief sighting. But it's in that interview that he revealed how out of step he really is. It's never been about immigration or assimilation. It's been the sense that the country has lost the will to sell itself to the people who come here. We could never tell new arrivals that America was great, for that violated the liberal decree that Stewart himself championed.

By mocking our country's goodness, he repeats the blunder that made Trump something no one had ever expected: the new Jon Stewart for an angry, anxious world.