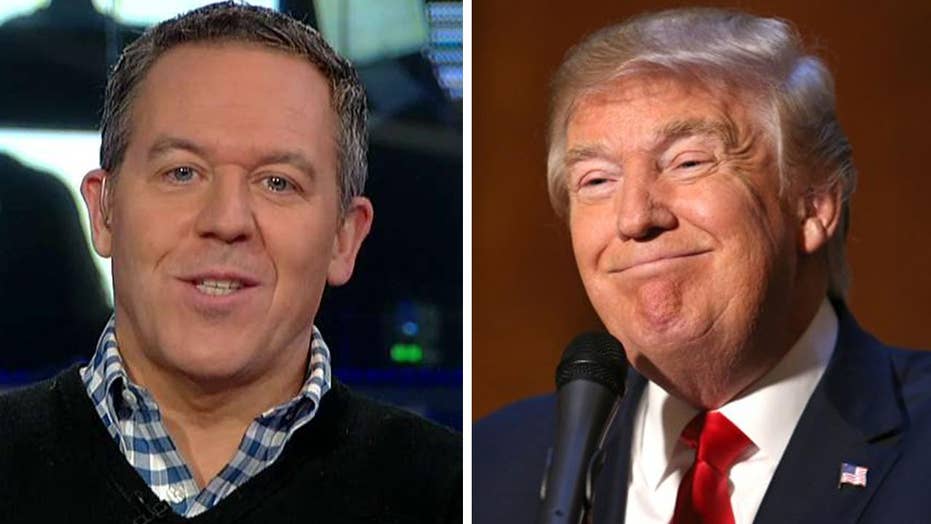 Gutfeld: President Trump beats the press to the punch

By skipping the White House Correspondents' Dinner, the president deflates a public tantrum by the self-regarded media who assumed their event means something to him, or us, or you

President Trump decided to skip the White House Correspondents'
Dinner. That's the shindig usually attended by the president and then fawned over by the press. Here's my response to Mr. Trump's decision.

I love it. The news comes after much hand wringing among the media about whether they should skip this star-sniffing prom, given Trump's views on the press. But as they discussed publicly how they were going to take their ball and go home, Mr. Trump beat them to it, tweeting, quote, "I will not be attending the White House Correspondents' Association Dinner this year. Please wish everyone well and have a great evening!" Again, my response.

See, the president just deflated a public tantrum by the self-regarded few who assume their event mean something to him or us or you. But does it? Now I get it that the dinner pays for scholarships, that's good but if you ask most people, it's really about getting selfies with Will Smith.

Meanwhile, somewhere in America, Mr. Trump will be doing a veterans benefit to make your prom look even sillier. You should just rename it. How about 'Fast Times at Lockstep High'?