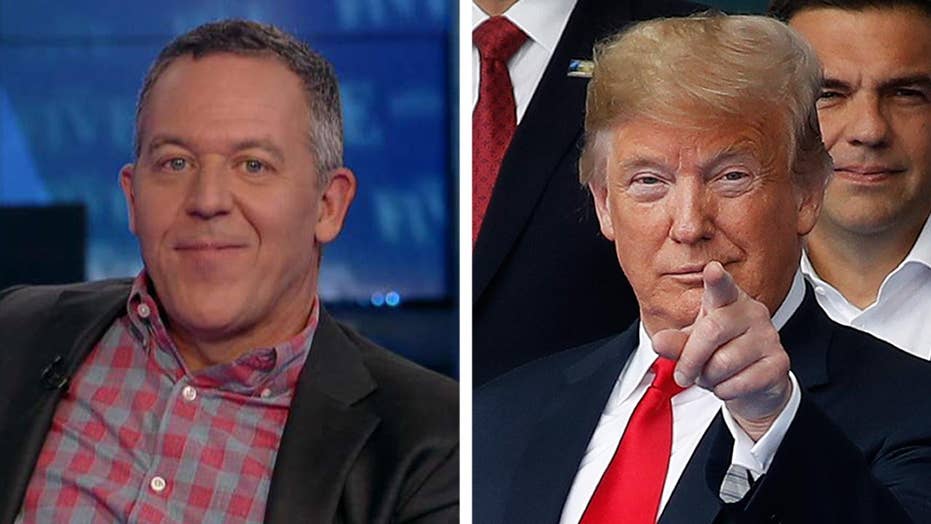 All President Trump did was ask member nations to pay their fair share.

Like an orange tornado, Donald Trump swept into the NATO summit. The expectation: total destruction. But hasn't anyone noticed a pattern? Not the media who monitor Trump with an infant's temperament. It's always the end of the world. Yet, why do we always feel fine? Could it be because tremendous progress has been made?

PRESIDENT DONALD TRUMP: Tremendous progress has been made. Everyone has agreed to substantially up their commitment. They're going to up it at levels that they've never thought of before.

So after all the noise, everything is calm again. And it seems like all Trump did was ask the other guys to pay their fair share. Fair share. Remember when the media loved that?

FORMER PRESIDENT BARACK OBAMA: It's only right that we ask everyone to pay their fair share.

It was important for us to make sure that millionaires and billionaires pay their fair share.

Making sure the wealthiest Americans begins to pay their fair share.

But ask of that of your allies? Our media bristles. How dare us rubes ask our more sophisticated allies to chip in on the bill especially in public. It's like when the dinner bill comes, it's always that know-it-all at the table who darts to the restroom, leaving you to be the jerk to call him on it because he knows you won't. But he never expected that Trump would be at the table who would do it to his face because, frankly, he's our jerk. Germany spends only 1.24 percent of its GDP on NATO, which was created to curb Soviet expansion. Meanwhile, Germany is pipelining with Putin. Talk about Soviet expansion. Since America is always left with the bill, maybe we can call Germany out for hiding in the john doing dirty deals when the check drops.

Now, Trump wants defense spending at 4 percent GDP, twice with these countries already fail to meet. Why would he do that? Maybe to get them to meet the initial target. Could he be a stable genius?

So after all the tantrums, can't the media admit that Trump had a point?

Now Putin is next, which means everyone on CNN will don their chicken suits and scream at the sky telling us it's the end of the world, but only as they know it.