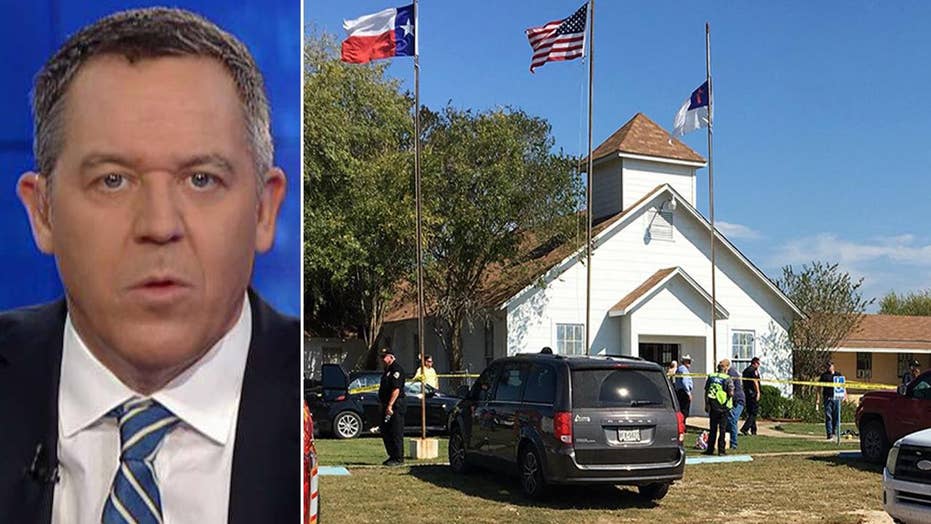 Gutfeld on the Texas church shooting

What does a mass shooter have in common with an Islamic terrorist?

What does a mass shooter have in common with an Islamic terrorist? They're able to create an impact that reaches beyond their own marginal insignificance.

Even a small, evil pebble can make large ripples expanding across the water. A loser can kill his way to fame with a bomb, a truck or a gun. A mass shooter in a small town can hijack an entire country's attention in one afternoon.

It's the same mechanism: Creating an impact beyond one's statistical importance.

Morbid acts bring attention. Suffering expands from the immediate victims outward, through cities, then country. The media enlarges the impact -- we can't help it, it's our job. But it only makes it more likely to happen again. Those new ripples persuade another fiend dying for infamy.

Why do celebrities unleash attention-grabbing tantrums after a shooting? Perhaps they wish to create an impact beyond their minor importance too.

The only solution: Recognize what underlies the crime -- a thirst for infamy -- then deny it. And then laud the citizens out there willing to risk their lives, preventing further bloodshed. That's the silver lining in this ugly cloud: The local heroes, who risk it all to stop the horror. A good guy with a gun and a good guy with a truck -- two things the media hates.

Despite being terrified, a nearby Stephen Willeford grabbed his gun and shot the fiend through his body armor. Johnnie Langendorff gave chase, accelerating the ghoul's demise.

It's still awful, but at least this pair made it slightly less so. Those are pebbles that deserves the wider ripple. Two pebbles with the impact of a million rocks.