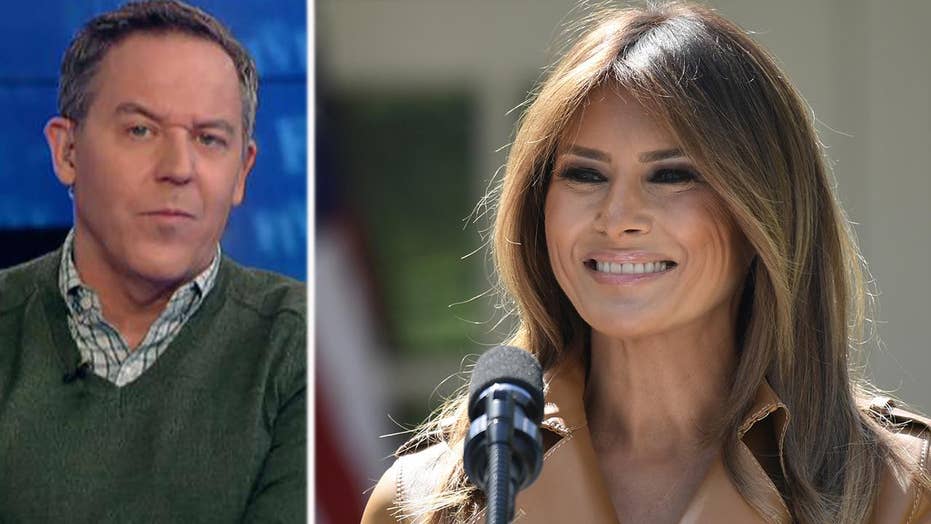 Gutfeld on the media's obsession with Melania's whereabouts

President Trump has deranged the media ghouls to a point that they barely have any humanity left.

Yesterday, CNN once again became that nosy, detestable neighbor Gladys from "Bewitched," who gins up phony concern only to spread malicious gossip about the first lady's whereabouts.

Check out this tweet from our nation's hall monitor Brian Stelter: "If any first lady disappeared, you'd want to know where she is."

DAVID ZURAWIK, BALTIMORE SUN: I wonder if somebody is guiding that kind of tweet from her. That doesn't seem like her, at least the image she's had in her engagement with the press.

They even had a chart. How sophisticated. And so, the speculation fueled endless guessing games on Twitter. The pleasure many found in hoping something was wrong with the first lady and then cloaking it at some kind of concern, dwarfs any of the jokes with the C-word.

CNN, Huffington, Newsweek -- Trump has deranged these ghouls to a point that they barely have any humanity left. Just when you think you hit the bottom of the cesspool, more cesspool. Some even suggested that Trump beat Melania.

Trapped in their own prison of pain since 2016, their misery only seeks company. I swear, Jeff Zucker must be spinning in his grave, if he wasn't alive and well, or is he? Has anyone seen him? See what I did there?