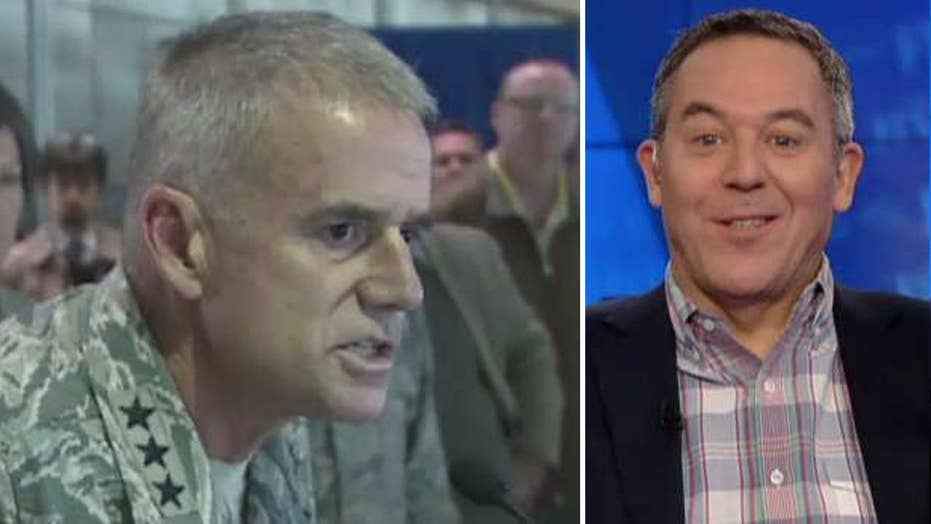 The list of hate crime hoaxes is long and we must add one more to the tally as the Air Force Academy confirms a racist message was written by one of the alleged victims.

A few months back, we ran a clip of a superintendent at the Air Force Academy chastising racist cadets. His speech came after slurs were found on a dorm room message board belonging to black students.

GUTFELD: Well, like many in the media, we ran this clip because it provided a powerful response to racism that the media demanded after Charlottesville. While the clip ran, I kept shaking my head for I'd seen this story before. The list of hate crimes hoaxes is long. Now we must add this one to the tally. According to The Air Force Times, a black cadet admitted to writing the slurs and he's since left the school.

So what's the response when we see stories like these exposed as hoaxes? It's never as huge as the initial response was when we assumed that it was real -- which only encourages more hoaxes, for the outrage over the crime is the only part the press seems to remember, not its debunking, which encourages the copycats. Which is why we're doing this now: So people don't keep thinking this kind of thing pays off.

Of course, social justice warriors will repeat the pathetic excuse that, while this racist act may not be true here, you just know it's true somewhere else. Which guarantees further opportunity for attention and likely another student's expulsion.

I know it's crazy, but maybe it's time we stop feeding the stories to the public before they're properly investigated. Who am I kidding?