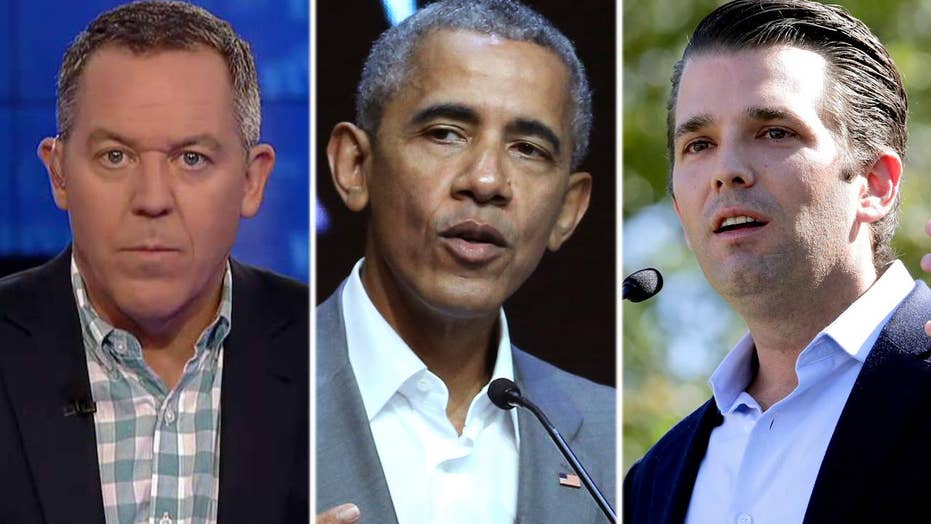 What that Russian lawyer did to Donald Trump Jr. is exactly what the media does to the public every day

It is the most hyped meeting since Eve met the snake. Donald Jr. and the baffling Russian convened for 20 minutes and the media howls at the moon. Yet, they never asked one simple question. Tell us, Greg:

GREG GUTFELD, CO-HOST: How did the Russian lawyer get into the United States -- wasn't her visa denied? And she arrived here under President Obama. I am just wondering how she got in.

JESSE WATTERS, CO-HOST: Now, you are onto something. Obama did.

GUTFELD: I don't know. But how did she get in? Like, she was here for a different reason?

Hmm. How could one man be so thoughtful? And gorgeous?

So now my question is finally answered. According to an explosive piece in The Hill, the Russian lawyer entered the country without a visa because the Obama Justice Department cleared her -- it was something about extraordinary circumstances -- just before she suckered Donald Jr. into that weird meeting. President Trump noticed this, too:

PRESIDENT DONALD TRUMP: The lawyer that went to the meeting, I see that she was in the halls of Congress also. And somebody said that her visa or her passport to come into the country was approved by Attorney General Lynch. Now, may be that is wrong, I just heard that a little while ago. But I was a little surprised to hear that. So, she was here because of Lynch.

So, why was this revelation overlooked? Did the media know about this and ignore it because it didn't fit the story? A mysterious Russian is granted special entry, then pulls a bait and switch on a naive private citizen, a citizen who happens to be a Trump. So, who is colluding now?

But it's obvious why the media embraced this latest Russian story, because what that woman did to Donald Jr. is exactly what the media does to the public every day since the election. They bait, then switch. They promise something juicy that when you hear them out, it is emptier than a protester's resume. And when their hysteria is met with public disgust, what does the media do? Rather than admit to their compulsive overselling, they blame those who question them. Suddenly, it is your fault for being skeptical. It is your fault when their mania trumps back, it is your fault for their addiction to re-litigating the past.