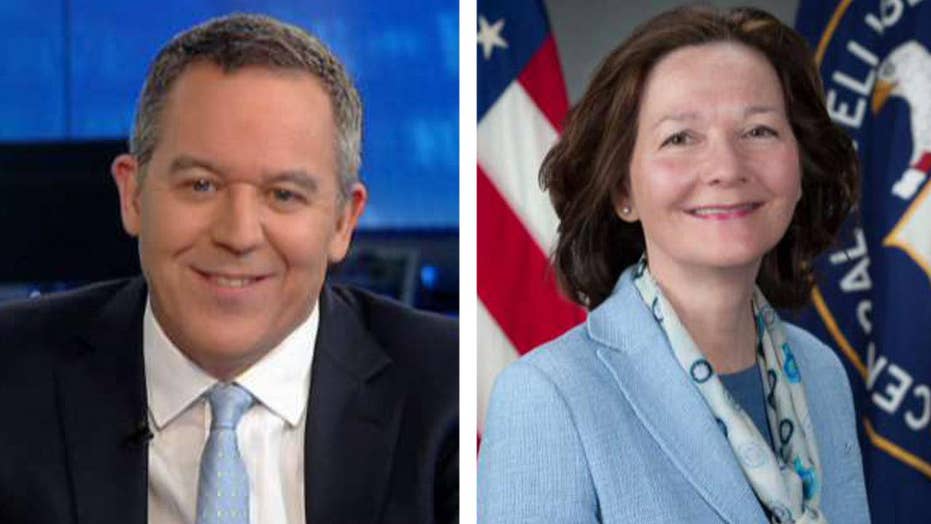 Gutfeld on nomination of Haspel and accusations of torture

President Trump's pick to lead the CIA faces questions over her role in enhanced interrogation program.

Here's an experiment: Type "torture" into Google and what do you get? Beyond snippets of Hillary's speeches, you'll see Gina Haspel, the first woman to be nominated to run the CIA. A 33-year vet, more than qualified to run the place with deep knowledge of our worst enemies and how to handle them, which means she must be stopped:

JOHN BERMAN, CNN: On the other hand, there is controversy in her past. She was involved with the torture program after September 11th, and then, involved with destroying videotapes of the matter. Also, that might be something that could be problematic.

SEN. RAND PAUL, R-KY.: I oppose her because she believes in waterboarding should be something that we use, and I think America shouldn't be known for torture.

JEREMY SCAHILL, THE INTERCEPT: Gina Haspel does not belong as head of the CIA. She belongs in front of a judge answering to what she was doing running a torture operation at a black site in Thailand.

Fact is, Gina made decisions that few people ever have to make. The world she operated in and the villains she faced, she didn't have the luxury of just talking about what to do, she had to do, because the call she answered demanded it. So, was it torture? It wasn't back then. And just because you don't like a tactic, that doesn't make it torture. Of course, you could discuss the merits of such choices with pundits on TV rather than doing her job. She'd probably be paid more. But instead, she took the risk and responsibility, so we didn't have to. She responded not just to the worst attack on our country since Pearl Harbor, but to a world-ending threat.

Sure, it's easy to say, but we're better than that, from a shiny newsroom. But if you think whatever she did was wrong, what is your alternative? Do you have anything beyond "don't do that"? Have you ever even thought this through all the way?

So here's a question for Haspel's critics" Imagine being in a situation where your family is in danger and a terrorist is withholding key information that could save them. Would you still consider "enhanced interrogation" sadism? With everything that's considered "mean" be off the table? Something tells me you'd rather leave that question up to people like Gina Haspel.