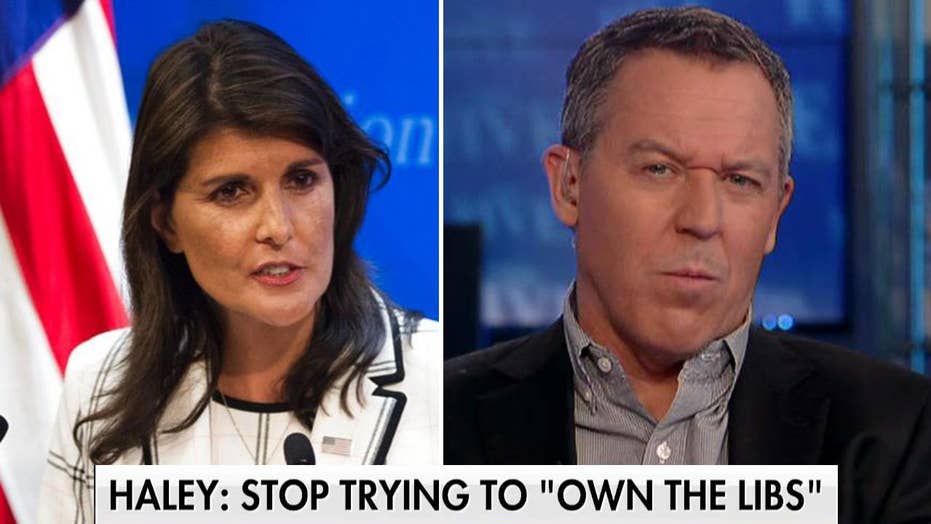 Nikki Haley recently spoke to some high school students. I wonder if she said it's easier than ever to make snarky remarks or take joy in opponent's mistakes or misfortunes:

AMB. NIKKI HALEY, UNITED STATES AMBASSADOR TO THE UNITED NATIONS: It's easier than ever to make snarky remarks or take joy in opponents' mistakes or misfortunes. Raise your hand if you ever posted anything online to, quote-unquote, own the libs. I know it's fun and that it can feel good.

Now, she's right. Shutting down someone persuades no one. Still, does that matter? Mocking Dana's dog just feels good. How can I stop? But if you go online right now you're going to find two ugly sides to everything. Yet, if you decide to disarm, will the other side actually follow? Not if they read the New York Times, where an op-ed today says if you want to beat Trump, centrism is not the answer. Urging Times readers to veer left is like asking Trump to use bigger capital letters.

Fact is social media is getting way worse. On Twitter, blue-check celebrities just attacked one of their own, actor Mark Duplass for complimenting -- just complimenting -- Ben Shapiro. Right now, the left seeks scouts by mobbing people online for speech and ideas. It's digital warfare unleashed. And so, now you see the right fighting back. But there's a debate among that side: Do you take the high ground when you're attacked or do you return fire? It's mutually assured destruction. You smear me. I smear you. So maybe let's stop smearing each other.

But at some point, we need to fire Twitter from our lives. It's now a tool of vengeance employed by mobs for cheap thrills. So, Jack, you're the CEO and your company is now nothing more than an online supermarket for people selling torches and pitchforks. It's disgusting. Why not give it a rest for a day? Shut it down, look for a solution. As loud as Twitter can be, silence could be louder and more eloquent.