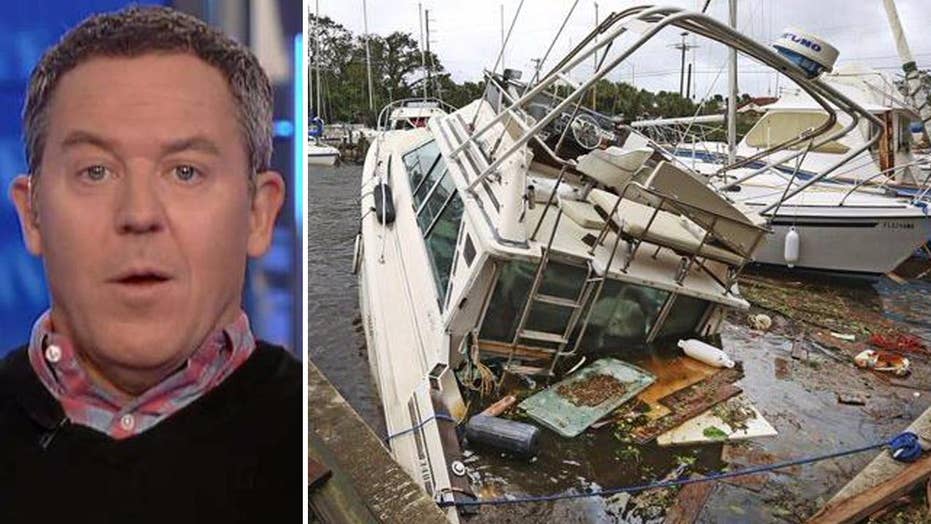 So, stars came out to raise money for hurricane relief and if you of course brought their opinions on climate change, which is great. I always go to musical artists for my science. Right, Stevie?

STEVIE WONDER, MUSICIAN: Anyone who believes that there is no such thing as global warming must be blind or unintelligent. Lord, please save us all.

Save us all, indeed. So, if you disagree with him, you are either blind or dumb. Okay. Anyway, that is not divisive at all. But I know what you're thinking, what does Beyonce got to say?

BEYONCE, MUSICIAN: The effects of climate change are playing out around the world every day. Just this past week, we've seen devastation from a monsoon in India, an 8.1 earthquake in Mexico and multiple catastrophic hurricanes. Irma alone has left a trail of death and destruction from the Caribbean to Florida to the Southern United States. We have to be prepared for what comes next.

There you have it: Climate change caused the earthquake in Mexico.

So, does this political stuff and a telethon bug you? Maybe, but it really shouldn't given that they raised 44 million bucks. Listening to a few misguided sentiments from naive millionaires seems a bargain. And yes, calling viewers dumb is pretty arrogant. I guess stars know that being in a telethon creates a shield that allows you to lecture safely from the perch of sanctimony.

But still, if they want to wag a finger, it's still 44 million bucks, that's a mountain of dough. So, I can think one night of chiding by people whose toughest choices in life or whether they fly farther or just take a yacht. Regardless of politics, everyone should do their part, we've all 21 given and we have asked others to do so and many have pitched in, including Sister Margaret chainsaw. It looks like a horror film, but she lent a hand and a chainsaw and without pummeling the public with their politics. That's what I call a good habit.