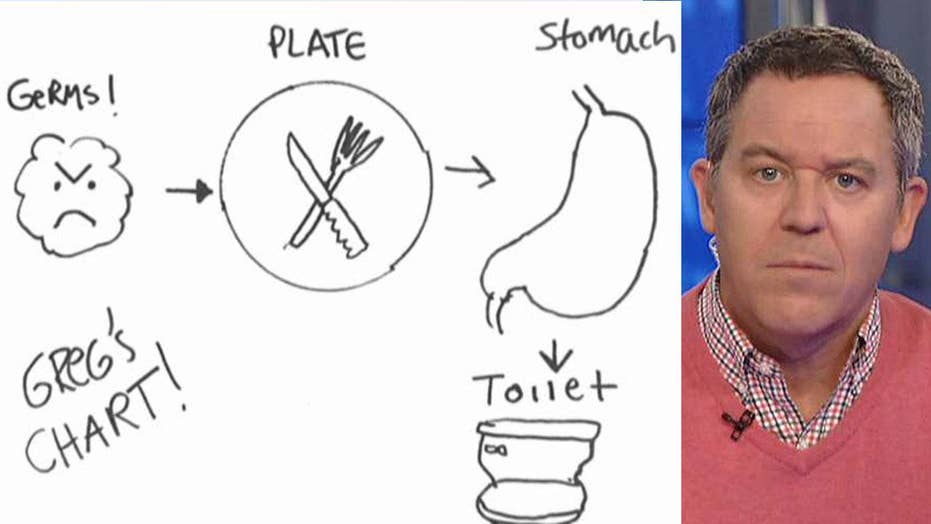 Gutfeld on how liberalism gives you the runs

Study: For every dollar increase in minimum wage there's a 6 percent jump in health code violations

When Seattle raised that the minimum wage, a study found that it caused in $1,500 drop in yearly income for lower wage workers. But the wage increase does not just nailed the wallet, it goes after your butt. If you are currently in a Seattle bathroom, suffering from an acute bout of Montezuma's revenge after eating chili cheese fries at your local grease pit, you can thank that minimum wage increase for your disgusting discomfort.

Follow my logic: Another news study found that for every dollar increased in the minimum wage there is a 6 percent jump in health code violations. Hence the trots. When businesses get hit with a financial burden, they not only cut workers and hours, they cut corners -- maybe hygiene. Poor cleanliness can migrate to your plate which then goes to your stomach and then down to the bathroom where you end up counting the tiles until midnight. This is science.

You can thank shortsighted liberals for this and, of course, the solution will be more government as officials fine the restaurant until they close up. Further proving that the only true radicals left are small business owners who chase dreams despite obstacles foisted upon them by useless bureaucrats who have never ran a damn thing in their lives. Forget daredevils, their risks are minimal compared to the guy or gal trying to start something up and keep it going. Thanks to the punitive big government it gets flushed down the toilet.