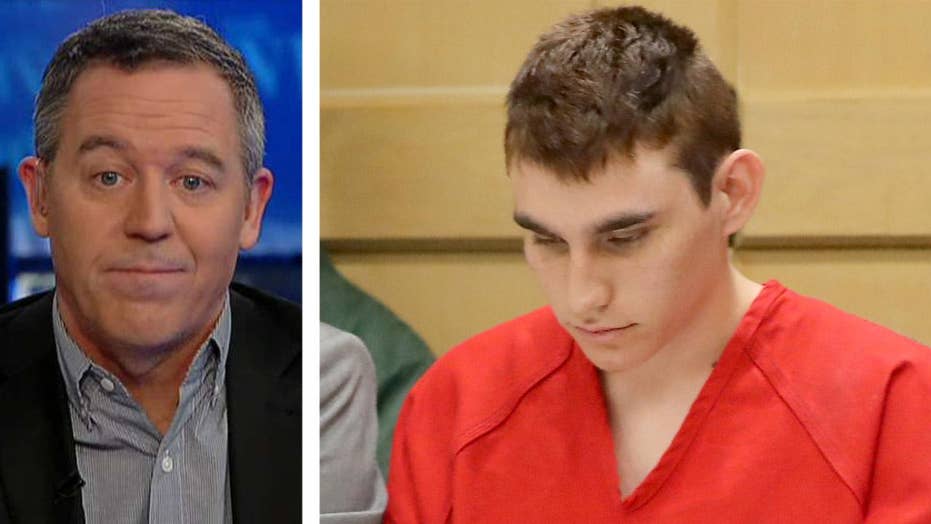 Gutfeld on how law enforcement missed the Parkland shooter

It's a story that makes you angrier every day. Documents show that officials suggested that the Parkland madman be committed a year or so ago, which could have prevented his murderous spree. Deputy Scot Peterson was one of those officials. So the same deputy that Sheriff Israel threw under the bus for not confronting the shooter had actually tried to do the right thing long before that. Where was his boss then? Getting his face painted on cars?

So why wasn't the killer nabbed despite all the red flags? What we saw was a county that did half a right thing: They saw something, did nothing. It's an ugly lesson. Half a right thing can be worse than one whole wrong thing for it pretends to be progress and that prevents real solutions. For example, more lenient school discipline has been hailed as progress. But is it? As National Review's David French reports, in 2013 the Broward County School Board agreed with law enforcement to limit on-campus arrests. Did that affect this case? Could be.

But we know what went wrong and it's time to right it. First, fire Israel. Has there ever been a more incompetent boob in law enforcement? He's a power-hungry political hack. And let's create a database for sick people who are tagged in civil court based on testimony by officials, teachers, and so on. If you're on that list, then no guns.

That's called a plan. It's not half a plan. And it's one that would have saved 17 lives.