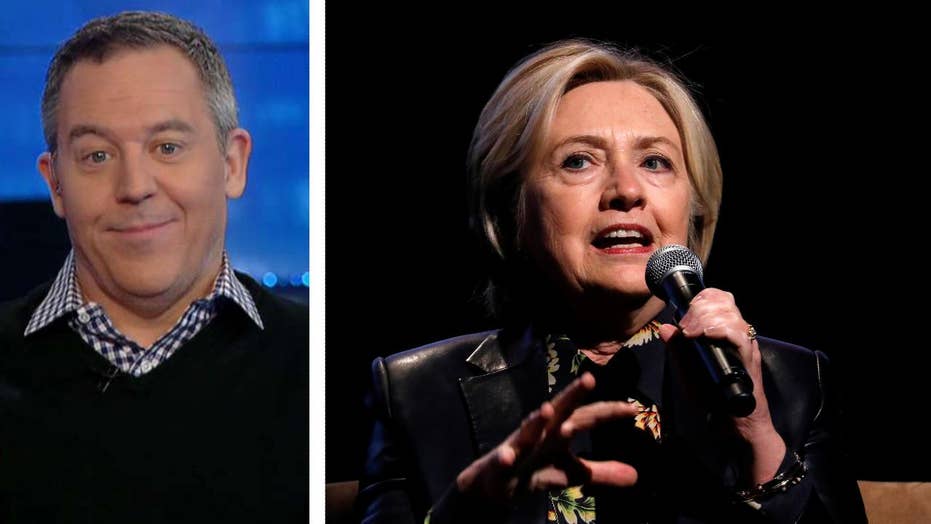 Hillary Clinton claims she won places that are 'dynamic' and that Trump's campaign 'was looking backwards.'

Imagine an inner circle in hell where you are doomed to defend the biggest screw-up of your life. That's where you'll find Hillary:

FORMER DEMOCRATIC PRESIDENTIAL NOMINEE HILLARY CLINTON: I won the places that represent two-thirds of America's gross domestic product. So I won the places that are optimistic, diverse, dynamic, moving forward. And his whole campaign, "Make America Great Again," was looking backwards. You know, you didn't like black people getting rights; you don't like women, you know, getting jobs; you don't want to, you know, see that Indian-American succeeding more than you are -- whatever your problem is, I'm going to solve it.

So there she is again, pointing out the places where she won. Imagine a quarterback who just lost the Super Bowl pointing out that he threw no interceptions. That doesn't matter. That's not how we keep score. You also threw no touchdowns. That's Hillary.

Also, not in this clip, she blamed white women who voted for Trump on a fear of disobeying their husbands or brothers or sons. How profoundly sexist is that? Women are too weak to make up their own minds? I guess she'd know, given her own weak subservience to her deceitful husband.

But that's not the worst part. That's when she worked in that Indian-American aside, because you know, she's in India talking to Indian people. That's how her mind works. "Oh, look, Indians. I'll say Trump voters hate Indians, too." And so she pandered using her default mechanism: divisive identity politics. She still lives in a world where you don't see actual people, just the group they belong to.

And so she looked at the audience and only saw "them." I wonder what they saw looking back. A sore loser? That could be why she lost. She's so bitter, you could make an old-fashioned out of her tears.