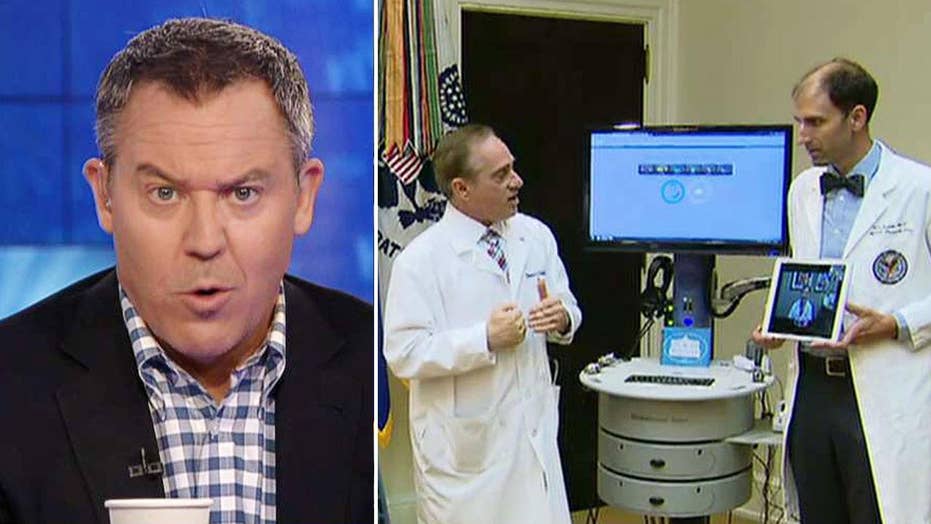 Did you catch the president's VA presser this morning? It showcased a new health care system for veterans which makes it easier to receive care from far away -- behold.

So, in the middle of leaks, leaks and more leaks we overlooked a pretty big deal. What you just saw may actually be the future of health care, the solution to rising costs and limited access. Diagnosis done remotely, no barriers to treatment thanks to technology. Now patients can be seen no matter where they are. It's cheap, user-friendly. Isn't that what we all want? How cool would it be if the V.A. actually became the model for the rest of us?

Right now, Stanford researchers just trained a computer to diagnose skin cancer. It's as accurate as 21 dermatologists combined. Crazy. So tech isn't just about the device, but its scope -- where great quantities of data are gathered fast, then sifted. Diagnosing a mole among thousands is now no different than GPS software finding the best street to take home.

So, once again we see how innovation solves what politicians can't. No bureaucrats came up with this stuff. It's the lesson from ObamaCare: politicians can't fix anything. Instead, their definition of fixing is making something permanently broken. Asking them to fix health care is like handing a blender to a fish and saying, make me a daiquiri.

We've got to get health care away from bureaucrats and into the hands of innovators and brainiacs, who know how to solve things. They have the minds and the machines. All we need from politicians is their absence.