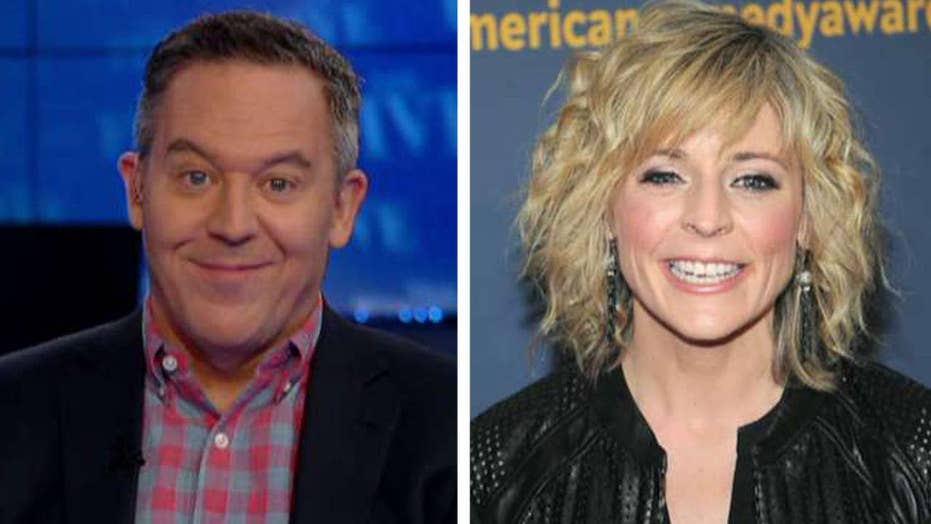 Maria Doe -- that's not her real name -- is a comedian. Here's her picture. Never seen her before, right? She just went to court to change that. There she filed a restraining order. Was it against a violent stalker or an unstable ex? No, it was against Donald Trump. She cited anxiety over his comments on nuclear war.

So she went to court, waited in line, filled out paperwork, but sadly, she was denied. You can call this art or self-promotion. I call it clueless.

She's doing this as we just dropped missiles on Syria for using chemical weapons on kids. So her actions actually ignore Trump's real response to actual suffering, as opposed to what's going on in her head. She's also not up-to-date on world events. The risk for nuclear war is actually shrinking. North and South Korea are now planning serious talks. Who spurred that?

More important, chances are we all know women -- moms, sisters, coworkers -- faced with threats who have had to file restraining orders. It's not comedy. It's terror. That Maria was in a government office, wasting valuable time, perhaps while other women were waiting to get real restraining orders against real threats makes this joke less funny. I doubt the women there had the time for clever PR stunts.

But because Maria is cool and hates Trump, she'll be cheered by her peers. Not so much by victims seeking real protection. But what do they know about comedy?