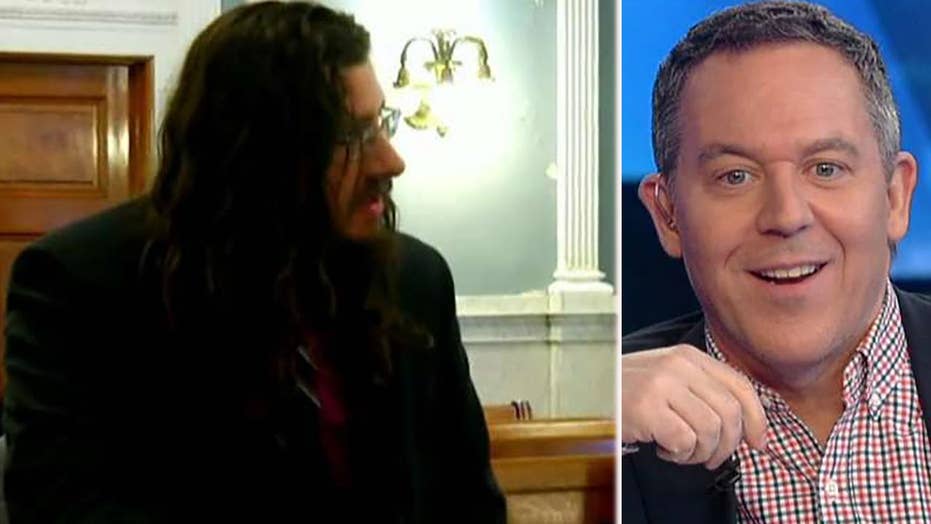 Gutfeld on 30-year-old evicted from his parent’s house

Deadbeat son gets the boot after parents win suit to evict son from their home.

On Tuesday, a New York state judge ordered a 30-year-old man to clear out of his parents' house. Michael Rotondo didn't pay rent or do chores. Basically, he's a tiny version of Congress. And so he was finally sued by mom and dad after he refused to leave.

A self-employed businessman, the parents have yet to see any of Michael's secret source of income. I'm beginning to wonder what that is.

His parents' home was actually a sanctuary city and he -- a sponge, approaching 31 -- reaped the benefits, apparently thinking everything should be free. He almost qualifies as a commencement speaker, or at least a Vermont senator. Yes.

Finally, after a pile of ignored eviction letters, the judge ruled for mom and pop and he had to move out. But being good parents, they offered him money to find a place to stay and to fix his car -- secretly hoping he might leave town.

But they also gave him sound advice, including, quote, "Organize the things you need for work and manage an apartment." And, quote, "Sell the other things that have any significant value." That's pretty good. And he added this. "There are jobs available even for those with a poor work history like you." So true. "Get one. You have to work." Translation: Get off your butt and do something with your life.

So now evicted, he worried about what's best for him. Which was the advice just given. He did see his parents again after the ruling and said it was pretty awkward. On the bright side, he could always move into a Starbucks.