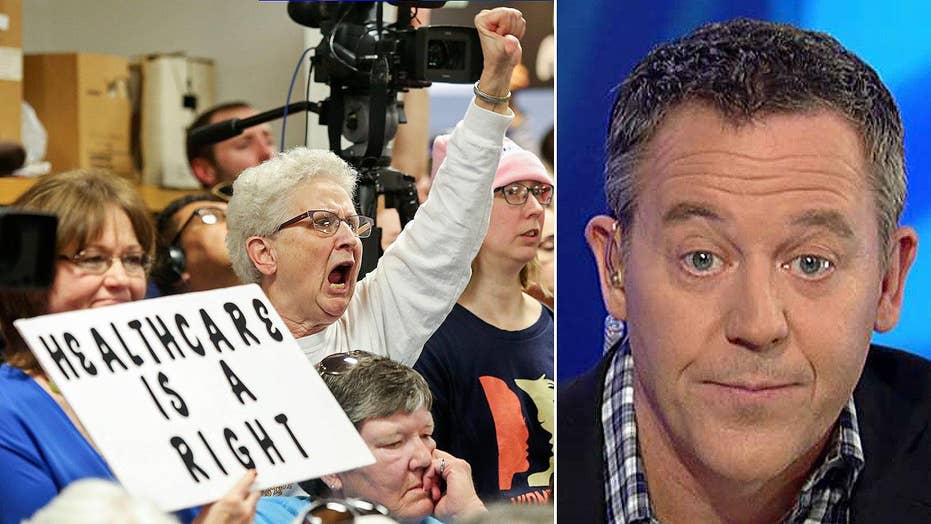 Unlike their coverage of Tea Party protests, the press is giving very sympathetic coverage to angry crowds at some GOP town hall meetings

Oh, how the networks embraced the recent town hall protests:

DAVID MUIR, ABC NEWS: We begin tonight with Americans across this country determined to have their voices heard, and their target, members of Congress home for break. What they are getting instead is an earful.

LESTER HOLT, NBC NEWS: Tonight, the hostile homecoming continues for Republican members of Congress being confronted by angry constituents at town halls held across the country. Americans who are worried and venting their frustrations, at times, in pretty dramatic fashion.

Oh, so dramatic. Notice how different they were to the Tea Party:

UNIDENTIFIED REPORTER: They have waived signs likening President Obama to Hitler and the devil, raised questions about whether he was really born in this country, falsely accused him of planning to set up death panels.

BRIAN WILLIAMS, NBC NEWS: A certain number of signs and images at last weekend's tea party march on Washington and another recent events have featured racial and other violent themes.

ANDREA MITCHELL, NBC NEWS: The politics that we've been seeing, Tea Party politics and like really reach a new level of white supremacism of anti-African-American rhetoric.

Remember that? Oh, the good old days. So, the new protests get this, those are concerned citizens but remember the other ones? They are racists. Just so you get that clear. And what an odd coincidence that just before these new folks are crashing the current town halls, there were mobilization efforts by left-wing groups to crash the very same town halls. How did the networks miss that coincidence?

The New York post reports on an Obama-linked group called Organizing for Action offering training manuals and tips on Facebook that show you how to disrupt events. Tips which oddly then appear at the protests. How did that happen? The advice: Go into halls quietly so as to not raise alarm and grab a seat to the front. But do not all sit together by spreading out in pairs, the whole room looks pissed off reinforcing the lie that everyone agrees. Also, ask hostile questions and loudly boo whenever possible. Meaning act like Keith Olbermann. And finally, give the video footage away to the hungry media who bleakly spread the free publicity.

So, the goal is to cause chaos and fear and create the impression that even the safest leaders are far removed from their constituents. Meaning, foment a lie that these are sincere voters who disagree, when in fact they're cultivated in tactics of famed community organizers like Mr. Alinsky.

Perhaps it's too much to expect the networks to address this coordination, maybe because they are happy to be part of it.