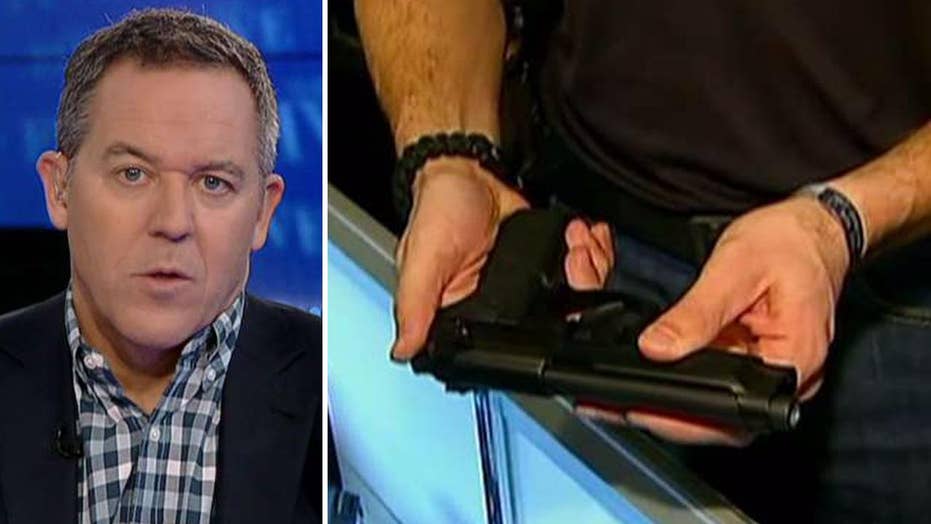 So last night, guess what the late-nighters had to say?

JAMES CORDEN, CBS: Now I come from a place where we don't have shootings in this frequency, so it's hard for me to fathom.

SETH MYERS, NBC: Is that the best plan? Do you see -- for dealing with gun violence when there's a shooting, we just pray for a miracle?

TREVOR NOAH, COMEDY CENTRAL: Sorry that we live in a world where there are people who will put a gun before your lives.

I tried to come up with a similar montage about the 4,300 shooting victims in Chicago last year. No luck. And here I thought this was about guns.

But last night was all about unison. People claim gun control talk is being silenced. This is silence? Look, I don't blame them at all. In the circles that they run in, such outrage is required. And they mean it. So what do they have in mind, specifically, besides do something, do anything? Colbert, at least he has suggestions. But would they have stopped this fiend? But I get to it. I'd throw the kitchen sink at terrorism -- a sentiment mocked many times by these very same people. But unlike them, I'm a little flexible. Sure, let's ban "bump stocks." It would make me feel better, though I'm not sure it would help because I think people will make their own. You can make your own guns now.

But should that matter? According to Reason Magazine, from 1992 to 2014, the number of U.S. civilian firearms had increased by 50 percent, while the murder rate has dropped by more than half. Think about that. That's amazing. So more guns doesn't equal more deaths. But still, the media focuses on the gun, especially early on before all is known. Why is that? My theory is if you focus on a weapon allows you to spread some blame onto people that you already dislike: gun owners, Republicans, Trump voters. Sometimes it feels like a class thing. Remember that CBS lawyer saying she had no sympathy for the victims because they were gun-loving "Rethuglicans"? She got fired, and for what? Saying what she thought her friends wanted to hear.