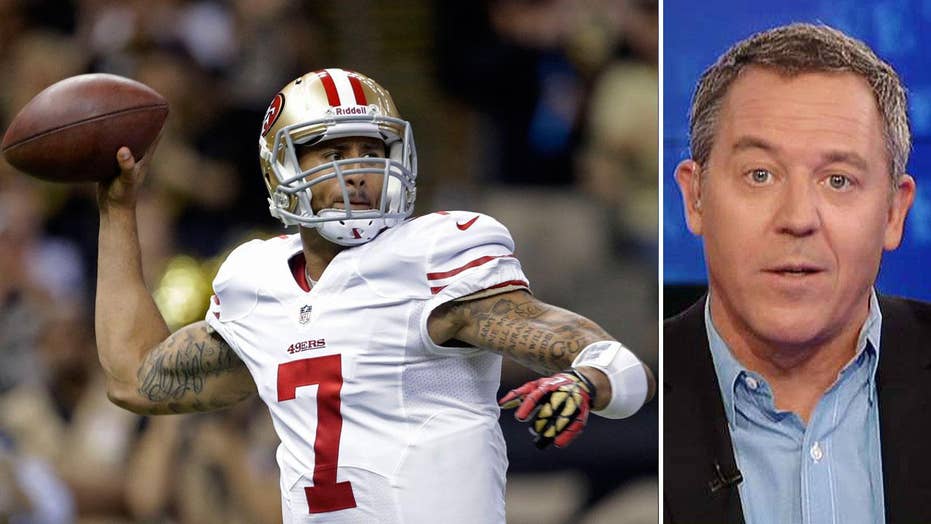 The Miami Dolphins -- it's a football team, Dana -- just signed to Jay Cutler as their backup QB as the controversial Colin Kaepernick remains untouched like a quart of expired milk. Some are calling this racist, but that's nuts. If I owned a bar and the hostess announces that she going to be protesting at work, I would fire her, because that is not the job of a hostess.

Cutler fits in with Miami. He had his best year under that coach when he was in Chicago. Meanwhile, Colin chose to fit in with activists instead. He used his work for political theater perhaps to take attention off his mediocre playing, to bring attention to his newly-minted political brand.

Speaking as a fan, he ruined the 49ers. Not because of his politics, I don't care about. He disrespected the fans by making the game about him. He put himself before the team, the fans, and the owner who pays him. So Colin's to blame, not the owners.

Look, "The Five" is a show where the five express political opinions. We are five Colin Kaepernicks. What if I announced on "The Five" that I want to play football on the set while everybody else talks? It's a reverse Colin. I would be gone in minutes.

But Colin was applauded by many in the media for his risk taking. But what did he really risk in his waning years? Nothing much. My prediction, he'll land a book deal, ghost writer, honorary position at Evergreen College and regular appearance on Bill Maher. Maybe that is a social justice golden parachute that Colin wanted all along.