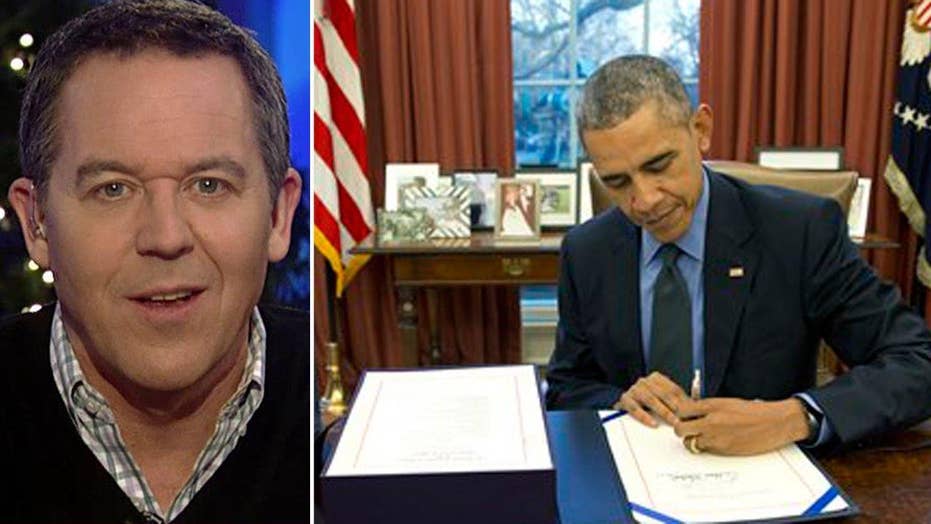 On NPR -- which stands for No Pants Required -- President Obama addressed his weak response to recent terror attacks. Hmm, I wonder if he thinks you've been watching television for the last month and all you have been seeing and hearing about is these guys with masks coming to get you?

PRESIDENT BARACK OBAMA: If you've been watching television for the last month, all you've been seeing, all you've been hearing about is these guys with masks or black flags who are potentially coming to get you. And, so I understand why people are concerned about it.

Look, the media is pursuing ratings. This is a legitimate news story. I think that, you know, it's up to the media to make a determination about how they want to cover things.

I get it, ISIS are bogeymen aided by us to get ratings, which then helps ISIS recruit. Now this is the same logic that's wisely used to condemn the media saturation after mass shootings: Future attacks are fueled by all the infamy. But that media saturation, Obama doesn't mind because it serves his pet cause which is gun control. But when it comes to terror, he sings a different tune. Take a chill pill, he says. Guns kill more people than people with guns. And check out this headline from the New York Times digest, quote, "Nation's fears over shadow Obama's achievements." So that's terrors true evil: that Captain Precious doesn't get his due. But it's too late. Events have shrunk Obama and his cool words ring as hollow as a dry gourd. Did you hear him say, ISIS is not an organization that can destroy the United States, that it's not a huge industrial power that poses great risks to us?

OBAMA: This is not an organization that can destroy the United States. This is not a huge industrial power that can pose great risks to us institutionally or, you know in a systematic way.

Duh. We know the difference between ISIS and Iran, Mr. President. Do you? Perhaps, if ISIS were a nation state, you'll strike a deal with them. But for now, how does Obama plan to fight a non-state threat, seeking to end our world by marrying technology to terror? By turning off cable news? Funny how that got him into trouble in the first place.