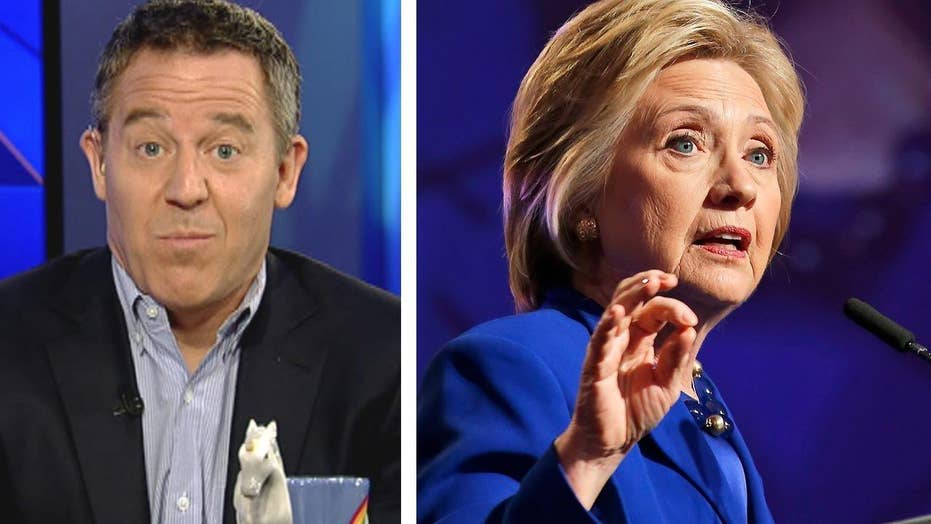 Gutfeld: If Benghazi was on my resume I'd hide it, too

The New York Times called the House's final report on Benghazi one of the costliest ever at 7 million bucks. Hillary -- surprise -- agrees:

HILLARY CLINTON, PRESUMPTIVE DEMOCRATIC PRESIDENTIAL NOMINEE: Understand that after more than two years and $7 million spent by the Benghazi committee out of taxpayer funds, it had to today report it had found nothing, nothing to contradict the conclusions of the Independent Accountability Board or the conclusions of the prior multiple earlier investigations carried out on a bipartisan basis in the Congress.

So now, a price tag matters to liberals. Remember, the $500 million that went to a bankrupt solar firm? They don't. And yet, outrage over $7 million. This newfound penny-pinching is so laudable. And, yes, all that time wasted on those questions:

CLINTON: And I said this when I testified for 11 hours, that no one has thought more about or lost more sleep over the lives that we lost, the four Americans, which was devastating.

Note to Hillary, 11 hours of testimony pales in comparison to those 13 hours in Benghazi.

So is it a waste of time because we found no new evidence in which four Americans were murdered? What about old evidence? They had a two-hour meeting that night and half of it was about an anti-Islam video and a crazy Florida preacher rather than focusing on a rescue, they blamed the video. Then they lied about it. Now, if you don't think pushing a false narrative matters, consider that when terror strikes it's now accompanied by diversions and denial. Blame a video. Blame a gun. Blame climate change. But no, please don't blame Islamism. And instead of confronting evil, obsess over appearances, that fateful night, those about to deploy to Benghazi had to change out of their uniforms four times, so their clothes wouldn't offend Libyans. That's our downfall. We're more worried about how things look than how they really are.

So as one side accuses the other of politicizing this attack, the only response really is so what? When you're running for president, everything on your resume is fair game. And if Benghazi was on mine, I would hide it, too, Hillary.

CLINTON: So I'll leave it to others to characterize this report, but I think it's pretty clear, it's time to move on.

Move on, indeed. Perhaps without you.