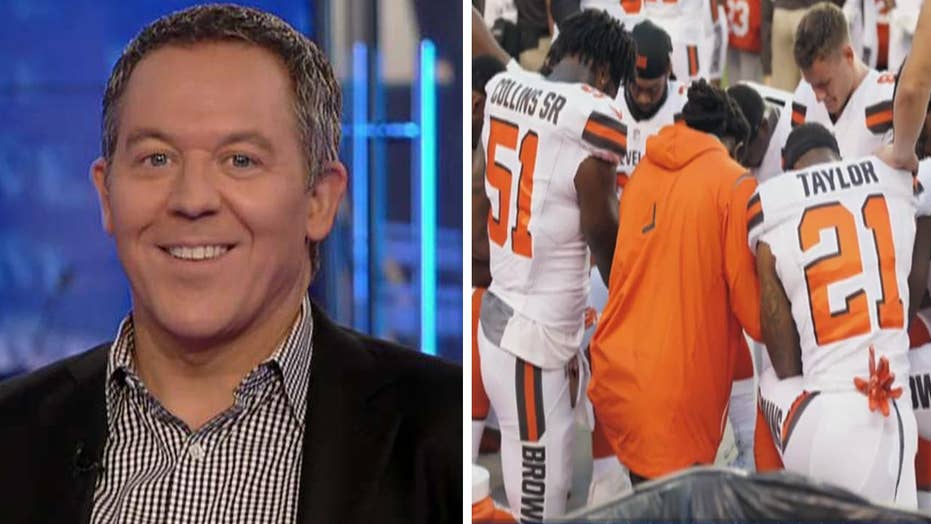 As identity politics continues to infect all things, The Atlantic Monthly ran a piece on yesterday's eclipse with this sentence: "It had been dubbed the Great American Eclipse, and along most of its path, there live almost no black people." So an astronomical event is now a marker of white power.

Last night, 12 Cleveland Browns players kneeled during the national anthem, and that's their right. Maybe there team should try standing up and having a winning season for a change instead of dumping more politics into a dying game. Viewership is down. You wonder why? We come to watch you play, not to posture.

The fact is, in terms of equality, the country is always improving. It ain't perfect but it's the best thing going. But those who stoke the divide seem seduced by the attention they get. And if you ease that conflict, so goes their importance.

In a podcast out today, Al Sharpton said this.

AL SHARPTON, AMERICAN CIVIL RIGHTS ACTIVIST: We are in a poisonous atmosphere that is being increased by the president of the United States. It's like turning on gas in a room, any match could lead to an explosion.

A match, and explosion. Reminds me -- 1995. Al Sharpton leading a protest over an eviction of a black owned store. Back then, Sharpton said, "We will not stand by and allow them to move this brother so that some white interloper" -- a Jew -- "can expand his business." Shortly after, one protester shot some customers and set the store on fire, killing seven employees.

So Al, you're right. Any match could lead to an explosion. That match is you and three quarters of today's media.