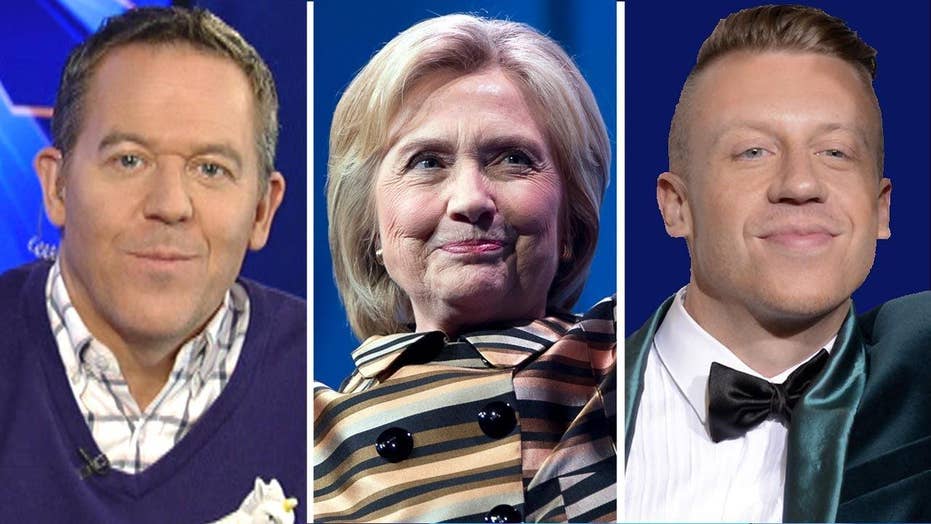 Next Friday, Hillary hosts a fundraiser. The featured celeb is a rapper named Macklemore.

How brave! How thoughtful! And how easy it is to say such things years later, far from families of the victims or the thousands of scarred witnesses who saw the planes hit.

Truthers are rarely close to the suffering, just close to the attention they get for milking it. And you know the talent is pedestrian when he needs to spout such crap to attract additional media. Trutherism is a belief that negates your entire persona. You could be the nicest sweetest person ever, but if you're a truther, you're dirt.

Of course, Hillary has no clue who this guy is or why she should avoid him. She probably thinks Macklemore is a hemorrhoid cream.

Sadly the conspiracy virus, masquerading as thought, infects the other side too. Trump's mad theories include: Ted Cruz's dad killing JFK, the CDC lied about Ebola, vaccines cause autism.

We can only hope he doesn't really believe the things he tweets, but the problem with conspiracies: they attract everyone. It just feels good to think you know something others don't. When in fact conspiracies replace knowledge, making them a great way to lose three pounds.

Which happens to be the weight of your average brain.