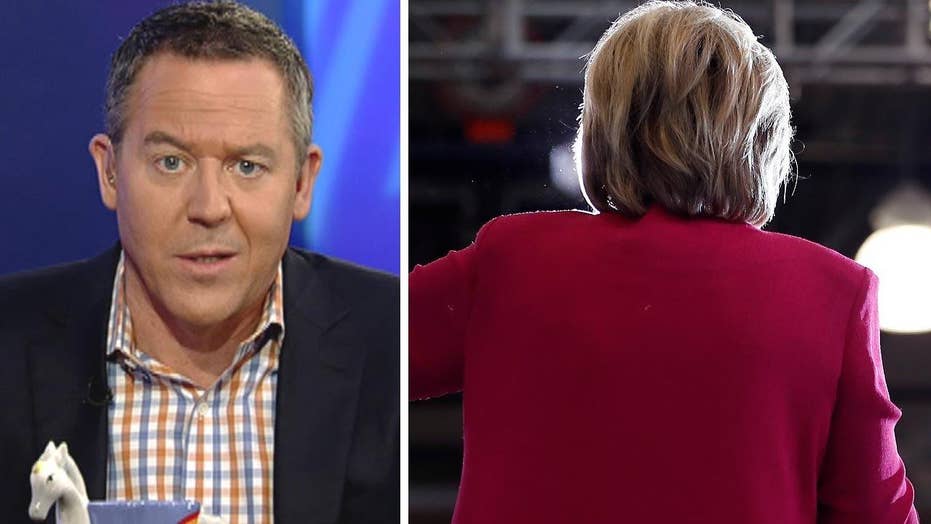 Gutfeld: Here's why Hillary is in hiding

Rather than dispel accusations of cronyism, the Democratic presidential nominee has retreated to the crawlspace under the stairs

According to Politico -- a thing -- Hillary Clinton aims to run out the clock with 75 days until Election Day. When you look at where she is now in the context of a campaign, that's like a quarterback taking a knee at the start of the fourth quarter.

So rather than persuasively dispel accusations of cronyism, she puts a "closed early" sign on the front of the shop and hides in a crawl space under the stairs. The campaign slogan is, I'm with her, but it should be, where'd she go? She's less visible than Pluto, on the run longer than Whitey Bulger, even Waldo was wondering where in the world she is.

Here's why Hillary's in hiding: She's counting on Trump to continue being Trump between now and then, while Trump counts on her scandals to explode. Each candidate's secret weapon happens to be each other. They're playing chicken with their own flaws, banking on the other's mistakes.

So who's winning? Well Hillary assumes we'll all grow bored of the emails, after all, with emails, there's no tape, there's no visual. But Trump, he's a walking spectacle, the opposite of boring. His deeds always hijack the spotlight. And that's a trend that Hillary could ride all the way to November, except for three obstacles: the debates. When the Empress of Emails meets Captain Excitement, try running out the clock on that stage with no Candy Crowley in sight.