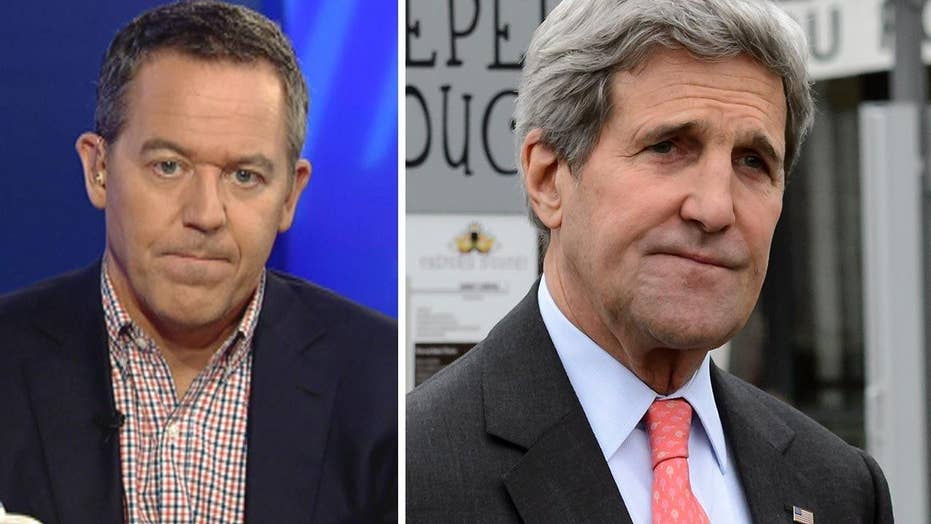 John Kerry thinks the best way to stop terrorism is for the media not to cover it, saying:

"It's easy to terrorize. Government and law enforcement have to be correct 24 hours a day, seven days a week, 365 days a year. But if you decide one day you're going to be a terrorist and you're willing to kill yourself, you can go out and kill some people. You can make some noise. Perhaps the media would do us all a service if they didn't cover it quite as much… people wouldn't know what's going on."

Before we call the walking driftwood sculpture a dope (there will be plenty of time for that), let's admit we could reduce the media spotlight. I've said it before, coverage of suicides and mass shootings lead to increases in the same, due to the copycat phenomenon.

However, Kerry didn't say that. He said not to cover terror, so "people wouldn't know what's going on." Meaning: ignorance is bliss -- especially with him around. The less you hear about Kerry's stint as secretary of stupid, the better it is for him.

Remember he's the dude who:

Said ISIS was on the run, when they weren't.

Said air conditioning was as big a threat as ISIS. Yes, I distinctly remember my bedroom unit trying to behead me. How odd that Kerry wishes for less press on terror, but no such limits on climate change.

And, after a terror attack in France, he sent James Taylor to terrorize their ears.

Now, we know the media does us no favors through repetition of breathless coverage, but it's no excuse to keep people in the dark. The only reason for that: to hide our weakness in mitigating such threats.

If the public's unaware of terror, then they're also unaware of how badly we fight it. Terror just becomes some random thing like the lotto or lightning.

But Kerry's role is a sad legacy, so no wonder he wants to hide it. I would do the same.