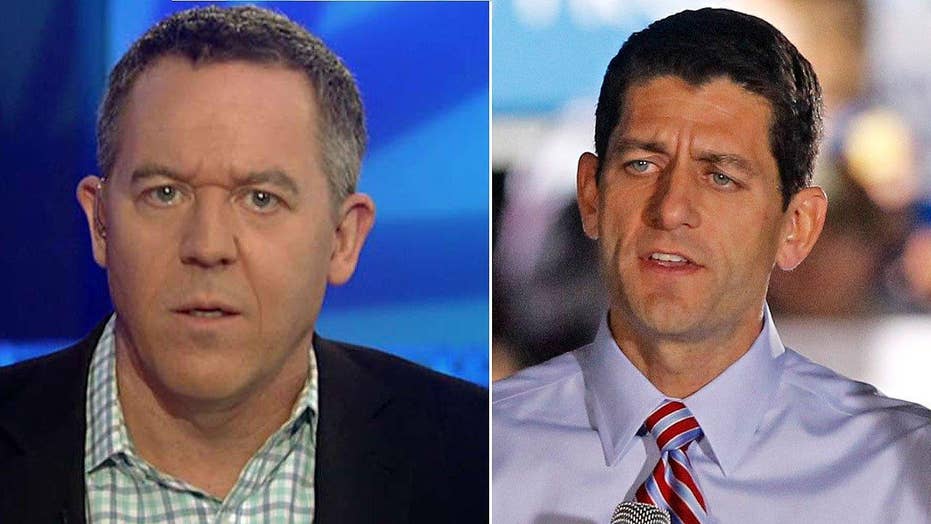 Sure, conservatives should despise group think and embrace individualism. But it's time to get with the program

House Speaker Paul Ryan says he won't back Donald Trump until he does more to unify the party. Roll it, Sven:

SPEAKER OF THE HOUSE PAUL RYAN, R-WIS.: To be perfectly candid with you, Jake, I'm just not ready to do that at this point. I'm not there right now. And I hope to, though. And I want to. But I think what is required is that we unify this Party. And I think the bulk of the burden on unifying the Party will have to come from our presumptive nominee.

I think that he needs to do more to unify this Party to bring all wings of the Republican Party together, and then to go forward and to appeal to all Americans.

I know: What a jerk. I mean, sure, conservatives should despise group think and embrace individualism, but it's time to get to the program. So what if you're worried about a guy who changed parties five times, hedges on taxes, contradicts himself on foreign policy, favors raising the minimum wage, linked Ted Cruz to JFK's death, blamed Bush for 9/11, ridiculed the war hero and took a picture with a taco salad while saying I love Hispanics? I, for one can't wait to see how President Trump celebrates Martin Luther King Day. What will he eat then?

I kid the Donald. Anyway, Ryan says he's not ready and some true conservatives are mad that Ryan won't back a liberal Republican. But it's nice to see the same people who are cheering disruption just weeks ago, now demanding unity.

For me, Trump's killing of ideology is great. If only he replaces it with principles. As for Ryan, you don't have to worry, he's meeting Donald next week, and 10-1 they'll end up eating taco salads in Trump Tower. And then all of our noted principled conservatives can relax as another one falls in line. Finally, what does the current president have to say about this?

PRESIDENT BARACK OBAMA: I think I just want to emphasize the degree to which we are in serious times and this is a really serious job. This is not entertainment. This is not a reality show.

Says the guy who ate raw salmon with Bear Grylls.

OBAMA: Yeah, let's try it out. Come on. That looks like a good little sample. That's tasty.

It is tasty. So what's this about a reality show?