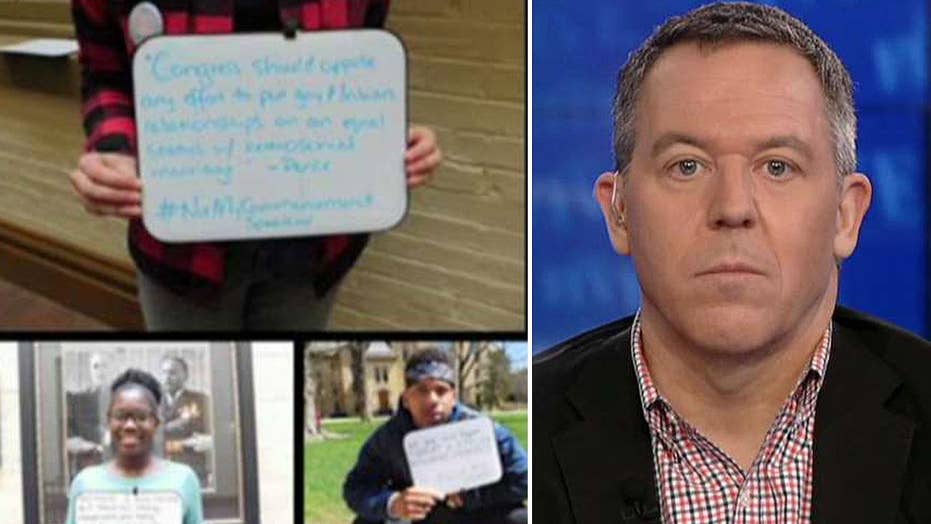 Vice President Mike Pence is set to speak at Notre Dame's commencement ceremony, and some students aren't pleased. In fact, they feel unsafe. Not sure why. He has no criminal record, seems nice.

But he did grow up Catholic, which has certain views on gay marriage and abortion. So I can see why students would be fearful, students who go to the University of Notre Dame, a Catholic school. Which leads me to ask, if you feel so unsafe around Pence, why the heck are you at that school?

I guess Pence's beliefs aren't that objectionable, or else you'd refuse such a superior Catholic education.

But the silliest part of the story? Students are mimicking Karl Rove, sharing fearful messages about Pence on whiteboards. It's disgusting. First, they wrote it in English. Why not Esperanto? Or Arabic? Yupik or Pawnee? Writing such messages in English is an act of Western privilege, which serves to marginalize those who communicate through other means.

And why must the boards be white? Do they have a problem with blackboards? What message are they sending? Whiteboards are superior to blackboards?

If anything, these punks should all be expelled, or at the very least, suspended until I'm asked to speak at their commencement. After all, the school's mascot is called the Fighting Irish, not the "Weepy Snowflakes," and it's a leprechaun, much like me.