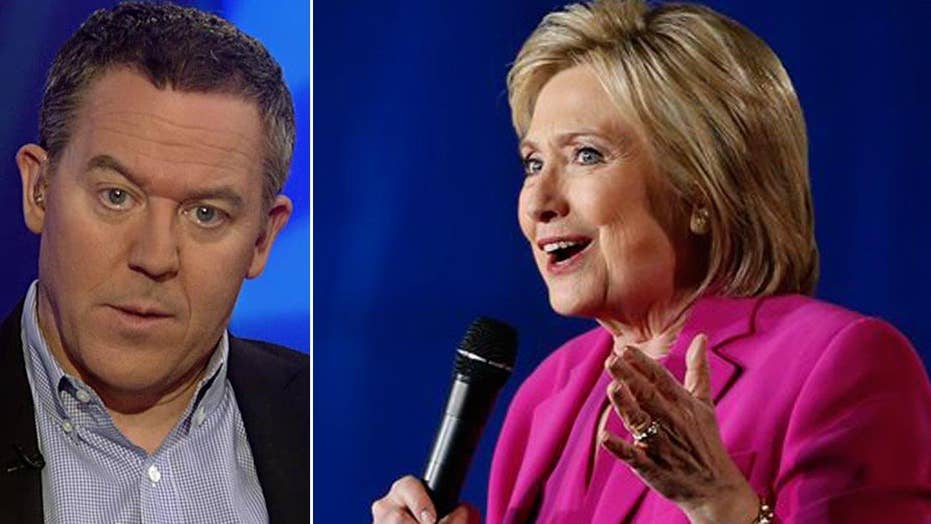 Gutfeld: Does it matter if your candidate lies?

The importance of honesty in the race for the White House

Scott Pelley asked Hillary if she ever lied. Roll it, Sven:

HILLARY CLINTON, DEMOCRATIC PRESIDENTIAL CANDIDATE: I have tried in every way I know how literally from my years of the young lawyer all the way through my time as secretary of state to level of the American people.

SCOTT PELLEY, CBS NEWS: You talk about leveling with the American people, have you always told the truth?

PELLEY: Some people are going to call that wiggle room that you just gave yourself --

PELLEY: -- I mean, Jimmy Carter said I will never lie to you.

Now was she lying about lying? To find out, we trained a dog to bark whenever Hillary fibs. Let's replay the SOT.

That's an odd bark, but honest. And remember when Donald Trump said he was against the Iraq War calling Bush a liar -- not so fast.

HOWARD STERN, RADIO HOST: Are you for invading Iraq?

DONALD TRUMP: I guess so. You know, I wish it was -- I wish the first time it was done correctly.

So I guess he was for it before he was against it. I wonder how the dog feels about that.

When assessing a candidate do lies in fact matter? Does it matter that one lies to the families of the Benghazi dead or another lies about not supporting a war when maybe he did. More important, what would this candidate do if given more power, because we're about to give them more power.

The past predicts the future. What would your candidate do? That question forces you to put principal before personality, specifics over strength.

See Donald Trump taught us it's OK to be wrong as long as you're strong. It's why you see it so much childlike adulation from grown men. If Trump said make daddy a drink, how many talking heads would rush to the bar? But that's not his fault. It's those who let personality trump principle. We hate left-wing tribalism. You know: When you're critical, you're disloyal. Maybe we've become that too, calling lifelong conservatives RINOs, for criticizing a lifelong whatever.

We see now that the establishment vs. outsider shtick was baloney, meant to halt criticism. For as Rush and Mark Levin now hit Trump too, are they establishment also? Again, what would your choice do if he or she had more power? Would they abandon promises for popularity or choose revenge over reason? If you don't care to ask, then you get the president you deserve.