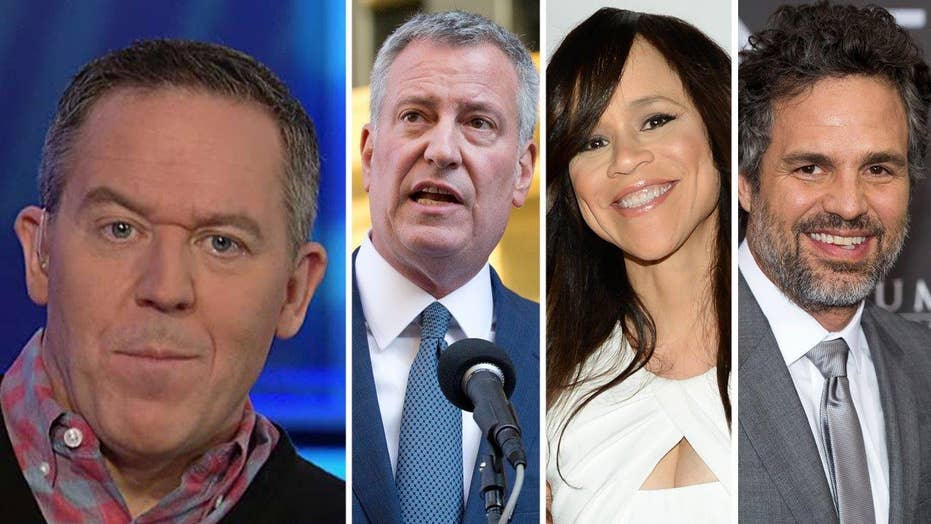 Like gods descending from Mt. Olympus, our nation's precious celebrities will take to Manhattan to protest the inauguration. So leftists, if you're watching, it's this Thursday. Put it in your calendar next to chain self to a tree and create a fake hate crime.

Who's going to be there? The usual fools who protest on blind reflex, while ignoring the inhumanity around them. They say Trump is sexist, homophobic, racist while defending actual sexists, homophobes, and racists in the Islamo-fascist lands operating in plain view. Their outrage isn't fueled by real suffering or else they'd bravely condemn Jihadism.

Mayor de Blasio is going to be there, anything to keep that dumb ass lurched from working. So is Mark Ruffalo. Doesn't this marble mouth do anything else?

Now, I get the concern over Trump. He is prone to conspiracy, he is impulsively child-like, he has a big ego. In a word, he's like you, the celebrity. That could explain your anger. He did it and you didn't. And now, you cool kids are ignored wondering why no one cares about you say anymore. Like this Variety inauguration cover. Have you seen anything more self-important, more pretentious, more hilariously tone deaf? Look at Michael Moore. Oh, God, are you done throwing up?

As for the so-called partisan divide, that cover shows you a uniformly liberal media establishment. And now, they're a joke. Their worst suspicions have been realized. America tolerates you, but they don't take you seriously.

So put those clown noses back on and make us laugh. That's all you are good for.