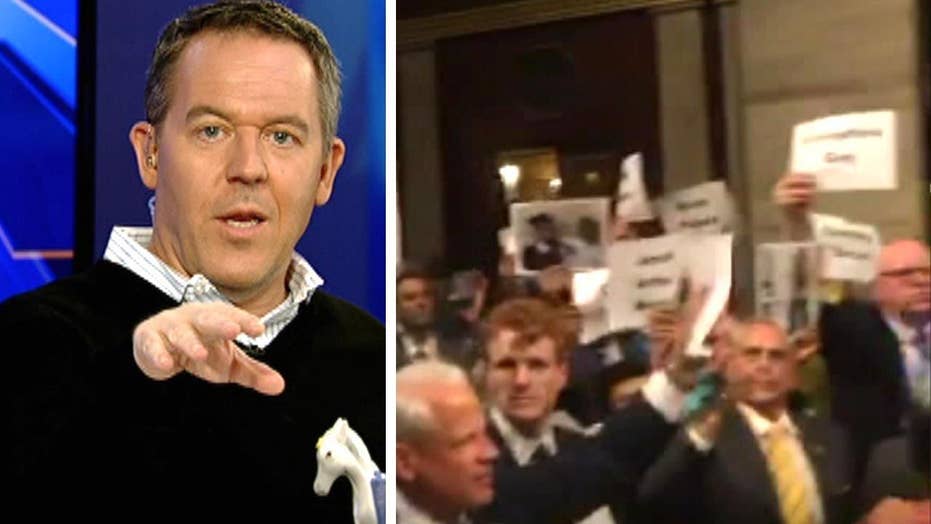 And while lawmakers protest, terror continues to seek the path of least resistance

It was a house of horrors:

SPEAKER OF THE HOUSE PAUL RYAN: The clerk will report the title of the joint resolution.

JOHN LARSON, UNITED STATES REPRESENTATIVE FOR CONNECTICUT: Rise up, Democrats. Rise up, Americans. This cannot stand. We will occupy this floor.

Sensing opportunity, Democrats attempted a sit-in to push a gun-control agenda, admitting it's pretty much for show, to raise awareness and of course, funds. The next step in this dramatic slumber party, they'll do each other's hair and prank-call the NRA. After 49 people are killed, this is what we do now; we divide, shout then perform. And on cue, celebrities and media call this action, historic. But you just know if this were Republicans sitting in over say, fighting terror, the media would spasm in outrage and scream, oh my, where's the decorum?

Now compare this occupy opera to post-9/11, we fought the enemy, not ourselves. We hardened soft targets, cockpits, air marshals, airports became fortresses. Why not pursue that plan as well? Terror is like water, it seeks the path of least resistance; block one area, they seek another. Leaders should seek and secure those areas, like say, awards shows.

Yes, as starlets tweet away on gun control, flexing their naive outrage in trite sentences, what's happening behind the curtain? The Hollywood Reporter notes that red carpet security is under heightened scrutiny. Who knows what that means, but I doubt it means less security, fewer armed guards, fewer police, fewer dudes with earpieces and trunk-sized necks. You can bet those events will be hardened even more because we need to protect our stars. So they can continue telling those of us who are less secure and less important, that our lives mean less than theirs.