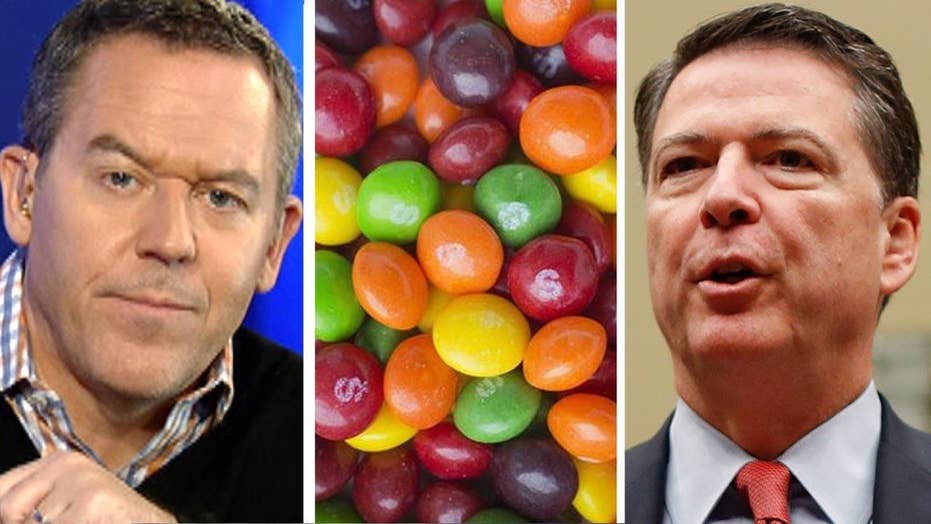 A dire warning from the director of the FBI

FBI Director James Comey said the U.S. should expect a wave of terrorists, once we get ISIS out of Iraq and Syria.

FBI DIRECTOR JAMES COMEY: The challenge will be through the fingers of that crush are going to come hundreds of very, very dangerous people. They will not all die on the battlefield, in Syria and Iraq. There will be a terrorist diaspora sometime in the next two to five years like we've never seen before. We must prepare ourselves and our allies, especially in Western Europe, to confront that threat.

Diaspora -- I think I caught that at Chipotle.

So, what's he talking about? Skittles.

Remember the meme? Would you eat a bag of Skittles if you knew some were deadly?

It described how one might look at refugees in the age of ISIS.

Today, it's easier for bad people to infiltrate good places and kill good people by blending in with good people fleeing bad places. So we have to sift through the skittles, to make sure the good get in, not the bad.

Wait, did I just say humans are Skittles? No, I used a simile to describe the risk. Which upsets the media. The media, who likely majored in humanities in college, where they OD'd on metaphors and similes, writing bad poetry in coffee shops.

To the left, similes are like guns: They're evil, unless they have them. (Note: That's also a simile. They're not really guns.)

But Comey's other warning: The killers aren't abroad but now within. With homegrown evil, the Skittle thing doesn't work. What simile does? Our immune system.

We spend time and money strengthening our body's own defenses against threats within and without. Left or right, we all harden this soft target with exercise, nutrition, preventive checkups.

Why do we embrace this with our health, but not with our nation? It's a good question, one we must answer. Before our country catches something terminal.