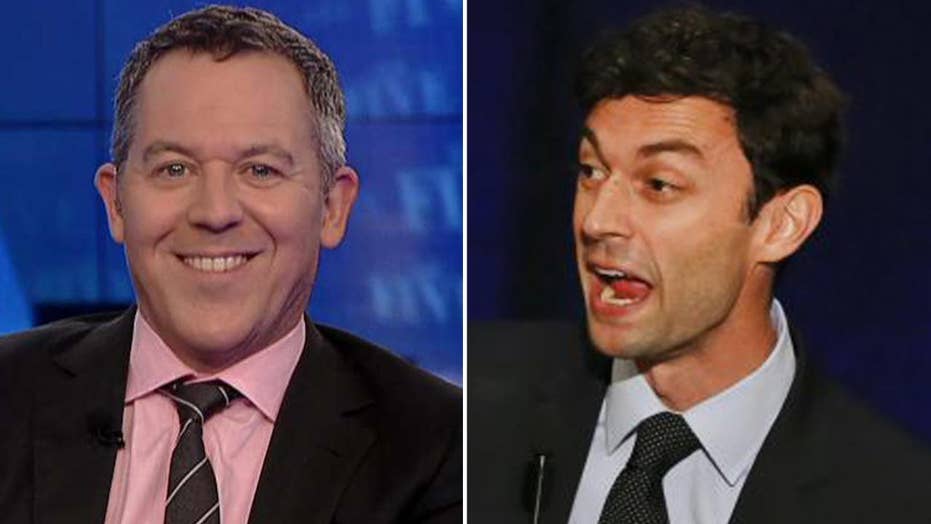 Gutfeld calls out Hollywood for meddling in Ga. election

Celebrities meddling in US elections?

The special Congressional election in the sixth district is supposed to be a referendum on Trump. The Democratic choice, Jon Ossoff, rolled in the cash. It was impressive... until you realize that donations came from 7,000 Californians and only 800 from his own district. And that tells you who is behind him: People who don't even live there. Just like Ossoff. Celebrities like Alyssa Milano, Chelsea Handler, George Takei -- they are all over this election.

So as the media obsesses over Putin's failed meddling in our elections, how is this not similar? Here you have one state meddling in another. How is California not Russia and Georgia not America? The only difference are the celebrities who are way more obnoxious than Putin.

I get it, California, Georgia, they're in same country. But still, you have aristocratic outsiders instructing the rubes on how to vote, undermining an election thousands of miles away. Talk about interference, obstruction.

So, why would these interlopers do that? It's an emotional thing. The Trump election was humiliating, it was painful. So this election offers celebrities their psychotherapy. They are using the district as a giant valium to soothe their bruised egos. Now, that emotion is missing on the other side. Here's why: If you ask Trump voters in October, what would you prefer to win the election with Trump and lose the seat in Georgia or lose to Hillary and still have that seat, I think you know the answer.

So no matter what happens tonight, who wins or loses, it's only because of Donald Trump winning. That still has to hurt and will still need more therapy.