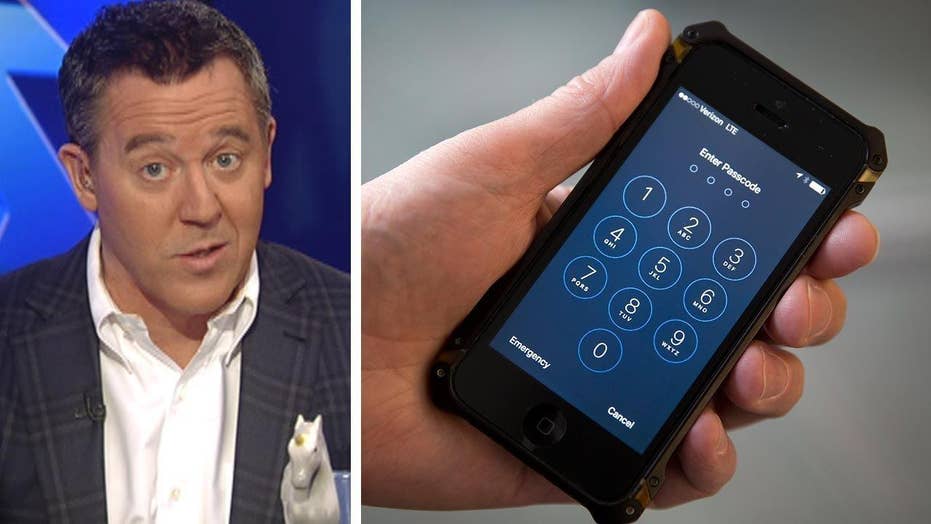 Gutfeld: Apple should support a nation at war

Time for the tech giant to do the right thing

As the head of Homeland Security Jeh Johnson, openly worries about another terrorist attack on our turf, Apple CEO Tim Cook tells ABC News that unlocking the iPhone used by a San Bernardino terrorist would be quote, "bad for America." He says overriding security would make it easier for criminals to do the same thing, a concern that doesn't keep banks or hospitals from having a way to access your records.

But here's another way to look at it: World War II. Back then, car companies converted their businesses to making planes and tanks. Sure, FDR made him do it, but they got on board. People collected tin cans and pots and pans to mash them into war material, everyone pitched in. Kate Smith's radio broadcast raised millions for the war. Wrigley's gum started a women's baseball league since so many males were at war.

Do you think there was a lot of hand-wringing over whether to support a country at war? Unlikely. My guess is there was no self-righteous posturing. They did the right the thing. And yes, those were different times. But this is a different time too. The battlefield is here. The enemy suicidal. The Kamikazes walk among us and wish not simply to kill, but to end our world.

Cook's stance, to me, seems very small. But I'm sure his Silicon Valley pals are patting him on the back. But what if that phone contained info on the impeding deaths of their loved ones? I'll bet, what's bad for America, suddenly doesn't matter.