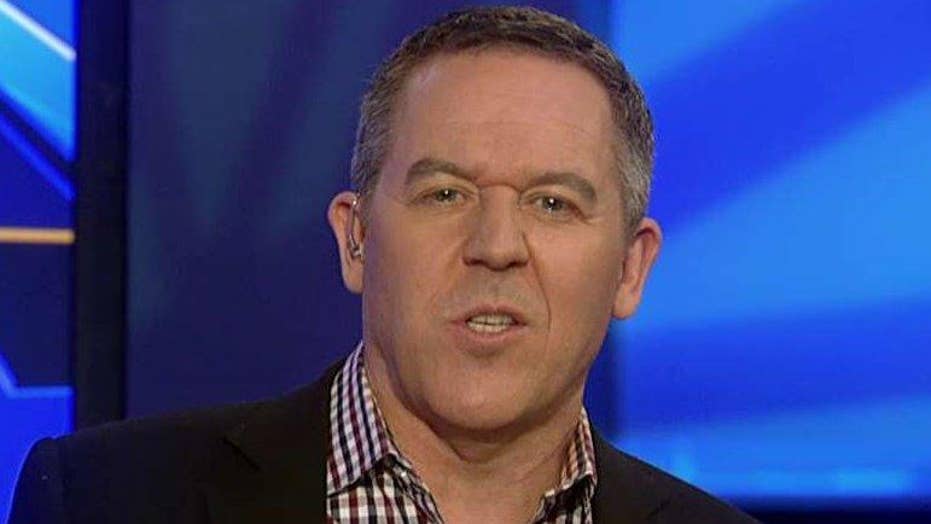 Gutfeld: Another sad example of intolerance on the left

This just sit in: Donald Trump supporters are planning to carry out terrorist attacks on the West. I'm sorry. Did I say Trump's supporters? I mean, ISIS. Forgive my confusion. I was just watching CNN, where Fareed Zakaria actually compares Donald fans to radical Islamists. What a tool:

FAREED ZAKARIA, CNN: A mean cause of the rise of the extremism in the world of Islam has been the cowardice of Muslim moderates who for decades chose not to condemn bad ideas and ugly rhetoric... avoided confronting the cancer in plain sight.... It is now clear that a similar dynamic has been at play in the world of conservatism.... What is different about the conservative movement is that since the 1990s, some of its most distinguished mainstream members have embraced the rhetoric and tactics of the extremes.... The problem is not that Republican leaders should have begun to condemn Trump last year, it is that they should have condemned the ideas and tactics that led to his rise when they began to flourish in the last century.

GUTFELD: I wonder what book he lifted that from. Now comparing American voters peacefully, participating in democracy to beheaders -- sucks. But maybe in Fareed's head, he meant the comparison as the criticism of ISIS. The blaming conservatism for Trump also makes no sense because Trump isn't an ideological conservative. If anything his past beliefs are closer to Fareed's. Trump succeeds by cross-dressing across belief.

I also don't recall Fareed worrying about strident movements born from the left. Like occupy Wall Street, the new black panthers, the intolerance mob currently on campus shutting down free speech. Would he ever say the same thing about Sanders' groupies who drool over a socialist? Fareed ignores harmful beliefs, instead to bash scary words.

And one could call Fareed's rhetoric, scarier. Comparing American voters to Islamists? Shut up. I have my criticisms of Trump. Criticism is my thing. The right who now embrace a centrist Trump, seek a safe space for assessment? That bugs me. But that's not Islamic extremist. It's a mirror of the intolerance movement of the modern left. It's a mirror that Fareed refuses to look at.