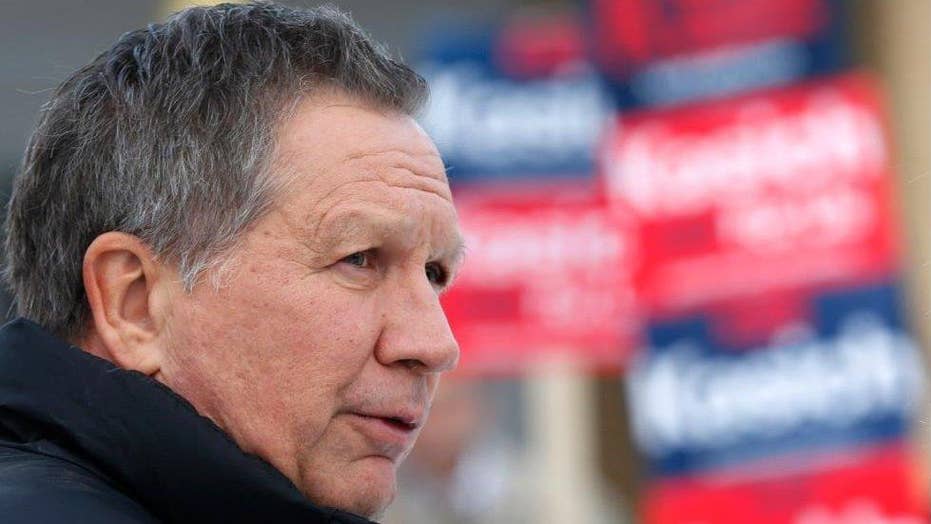 Greta: Why we're doing a town hall with John Kasich

Greta's 'Off the Record' comment to 'On the Record' viewers: We always want to be fair to all the 2016 candidates and to you, the voting viewers. That's why on Wednesday, I will host a 1-hour town hall with Gov. John Kasich so he can make his case.

Let's all go "Off the Record." One of the things that we're sensitive to here on "On the Record" is how to be fair to each presidential candidate. Much goes into the fairness question. How many interviews do we give any one candidate? How much time do we devote to the interviews? And should we give more time to those front-runners since they are the front-runners and that means that the voters, you, are most interested in them?

Now I've heard complaints we don't interview so and so. Well, just you know, we ask every candidate almost daily. And if a candidate says no, we can't simply go out and tie him and her up and drag that candidate to the studio.

Which brings us to this: Governor John Kasich is a serious candidate. He served in Congress for 18 years and as a governor of a Midwestern state. And stepping back, I think he may have been shortsheeted by the media when it comes to giving him a fair opportunity to speak to the American people.

That's also unfair to the American people who want information. So, tomorrow night, I'm traveling to Chicago to host a one-hour town hall with Governor Kasich. He gets his chance to make his case to you.