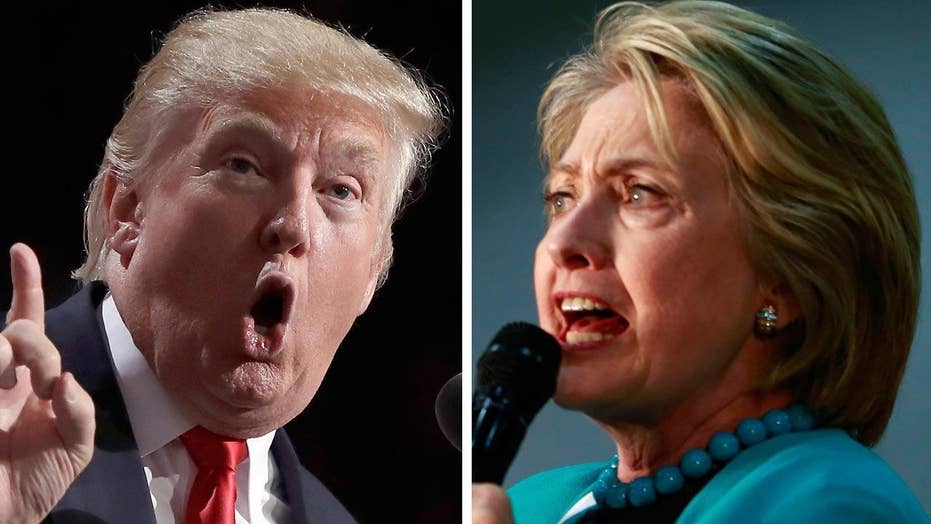 Greta's 'Off the Record' comment: Trump and Clinton have said terrible things about each other, but we'll get through this election process. Remember, the American people don't give power; we just loan it

Let's all go "Off the Record." You have heard me say this before: This year's presidential race is wild. And that is an actually a polite way to describe it.

Donald Trump trash-talked Secretary Hillary Clinton, said she is a "crooked" liar. Secretary Clinton, she fires right back with trash talk, saying Trump is temperamentally unfit, that maybe he is unhinged. And don't let him near the nuclear codes or else, right? That is what she said.

But when you hear this stuff, don't you wonder, what are the nation's children thinking? Trust me, and I understand your skepticism.

But this political insanity - this cesspool - it will end. We've got to wait until November 8th. That is when the losing candidate will no doubt call the winner and in a bizarre transformation of personality, graciously congratulates the winner. And the winner will graciously accept. Meanwhile, you and I think, now they are nice to each other? What happened? Just minutes before, they were at each other's throats, six straight months of nothing but rotten insults.

Yeah, even with a concession call, the nation will still have bruises. But the nation will get through it. We always do. And then, come January 2017, one man or one woman will take the oath and be loaned - only loaned - power. And the American people don't give power; we only loan it.

I agree - we are drowning in a political cesspool. But I have great faith in it and in all of us. We will get through it. We always do.