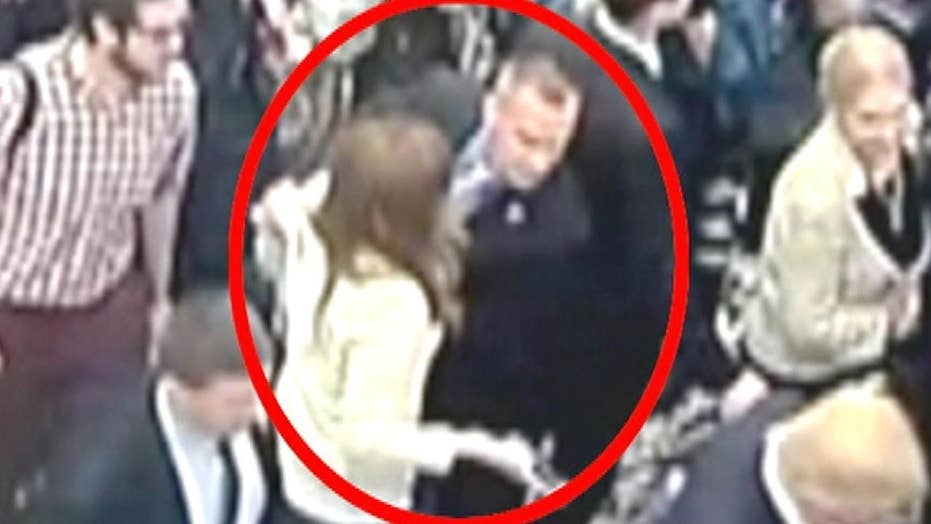 Greta's 'Off the Record' comment to 'On the Record' viewers: The incident between Donald Trump's campaign manager seems like a routine pushing and shoving dustup that should have been resolved with apologies, not allegations of a crime

Let's all go "Off the Record." This has gotten way out of hand. A media scrum around a presidential candidate Donald Trump with routine pushing, and shoving ended with an allegation of a crime.

Now, whatever happened in the scrum, and I don't think the video or eyewitness statement is convincing, this incident never should have ended up as a crime. It should have ended with an apology. I'm talking about "Grab-gate" or "Pinch-gate," whatever you want to call it. Reporter Michelle Fields and the scrum around Donald Trump trying to get a soundbite from him was grabbed, pinched, resulting in bruising.

Fields said Trump's campaign manager, Corey Lewandowski, did it intentionally. Yes, of course, grabbing someone accidentally, or even intentionally, is not so nice. But is this one a crime? Plus, don't forget court dockets are already so overcrowded and now it has been blown up even more. And 16 women in the media, some reporters, some analysts, signing a letter calling on Trump to fire Lewandowski.

Two things. One, Lewandowski hasn't even had a trial and they're calling for his head. Yes, they have tried and convicted him. And second, each of these women has now shot herself in the foot.

How can any one of them continue to cover the presidential race by not waiting for the DA's decision to trial the case or not, or wait for a jury verdict? But instead, they have come out swinging, taking sides in such a public way. It may be a hard sell for each of these women now covering this election to say she is fair.