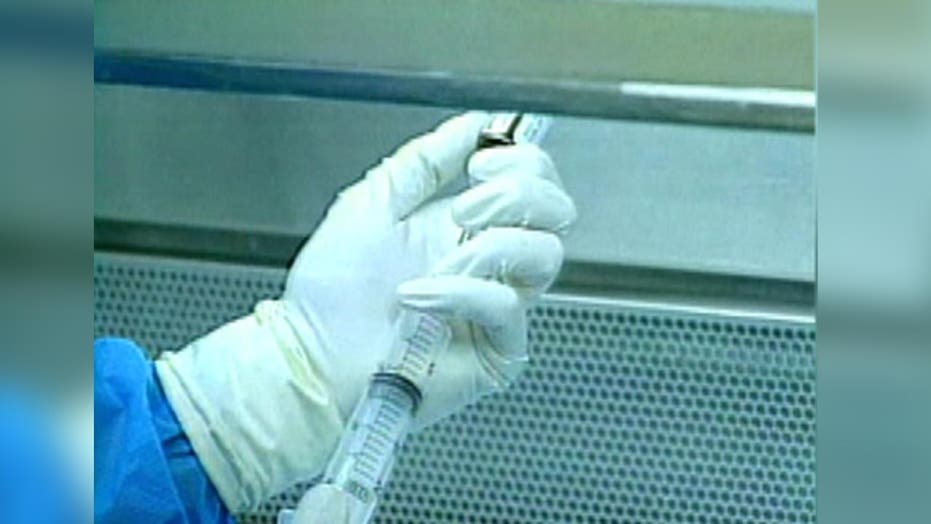 Greta's 'Off the Record' comment to 'On the Record' viewers: Federal Medicare program, private health insurers waste $3B a year buying expensive cancer medicines that are tossed because they come in vials that hold too much medicine

Let's all go "Off the Record." Sometimes people are greedy or just plain dumb. Neither is good. Case in point: I read in the New York Times yesterday that the federal Medicare program and private health insurers waste about $3 billion a year by buying and then throwing out large amounts of incredibly expensive cancer medicines.

Why? Well, the drugs come in vials containing too much medicine for one patient. So once the patient gets the needed dose, the rest of the expensive drug in the vial is thrown out. Yes, wasteful and incredibly expensive and cruel to very sick people, some facing possible death from illness. No one should have to pay thousands for extra drugs that they don't use just because of the packaging.

There is a very simple and kind solution: Drug makers could use small vials with smaller quantities of the cancer drugs. Problem solved. That's how it's done in Europe. So why not here in the U.S.A.?

Well, the ugly answer is there is big money in cancer drugs and people with cancer. They will do anything to try to save their lives, even pay for what they do not need. Shame on those drug manufacturers. And shame on our government for not protecting the American people this way. It's indecent.