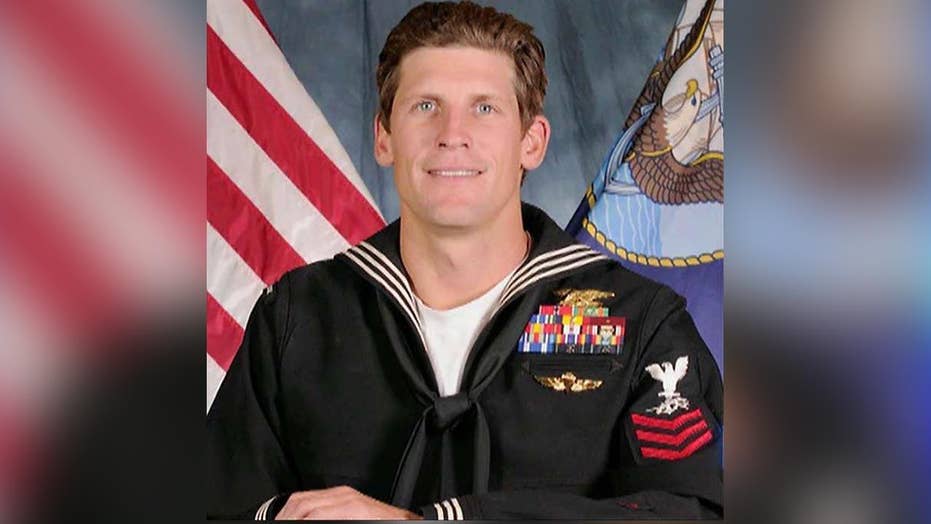 Greta's 'Off the Record' comment: Navy SEAL Charles Keating IV died battling ISIS in Iraq, and the Associated Press tried to create buzz with a snarky reference to his controversial grandfather in a headline. No wonder people hate the media

Let's all go "Off the Record." One of our heroes, a Navy SEAL, Charles Keating IV, was killed Tuesday in Iraq. Now, it happened during a battle with ISIS. He was only 31, yet already highly accomplished and extremely courageous.

Keating died for our nation, for all of us. And what does the Associated Press do? The unthinkable. Now ordinarily, I think the A.P. is the gold standard - just the facts. None of that snarky stuff. But this A.P. headline is indecent swipe: "Navy SEAL killed in Iraq was close to disgraced grandfather."

His grandfather was Charles Keating Jr., who went to prison for his role of in the savings and loan scandal in the 1980s. True. But did the A.P. really have to put that in the headline? "Disgraced"? That this slain Navy Seal was close to his "disgraced" grandfather?

Sure, it's news. But where is the good judgment? Good manners? Put that ugly family history in the body of the article, not in the headline of a killed hero. It only smears him. It hurts his family.

And yes, I bet this young Navy SEAL, Charles Keating IV, was close to his grandfather. We all love our family. But that's not why the A.P. wrote that headline. They did it to create buzz, be snarky. That is why people hate the media - bad manners, and bad judgment.

So, let me show good manners and thank Charles Keating IV and his family for this ultimate sacrifice. No snarky headlines here, just immense gratitude. And that's my "Off the Record" comment tonight.