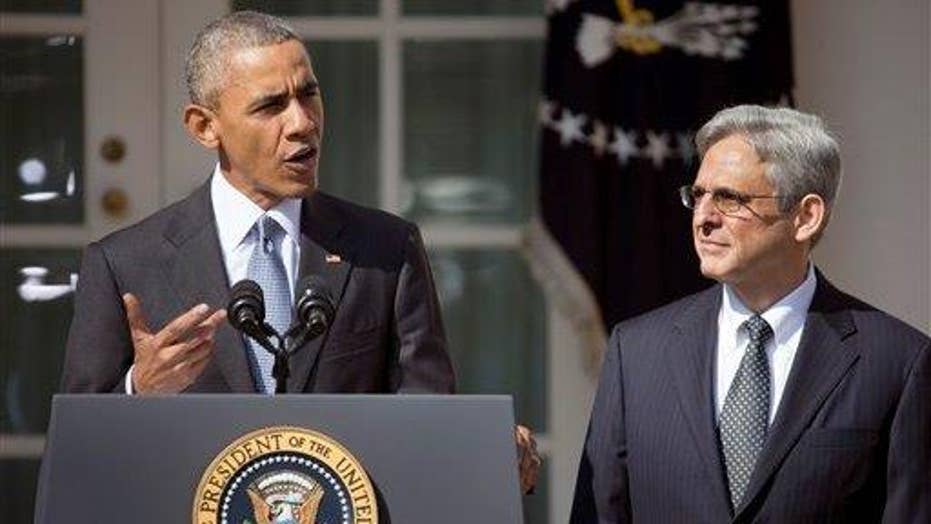 Greta's 'Off the Record' comment to 'On the Record' viewers: It's time for the political games to stop and for one side to swallow its pride. Merrick Garland, the president's pick to replace Justice Scalia, deserves a hearing.

Let's all go "Off the Record." Tonight would be a great night to call all quits to all the political games that hurt the American people. Let's start with the Supreme Court and with the president.

Democrats do the same thing. But political games hurt the American people, and will go on until one side acts big and stops those games.

This would be a good time to act big. Hold those hearings, so that the next time something like this happens, we can look back at this moment in our history for guidance to do the right thing.

I'm not without criticism of the president for being petty. It was disgraceful he did not drive three miles to attend Justice Scalia's funeral. But, let's put all this behind us. Let's start anew. Give Judge Garland a hearing, and if Senate Republicans don't like him, they can just vote no. But hold a hearing.