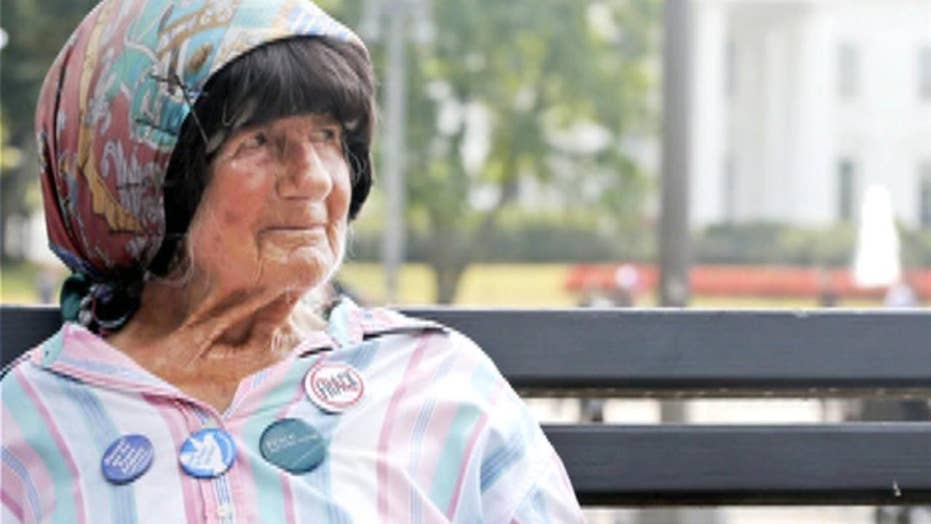 Greta: R.I.P. to Connie, who embodied people's right to protest

Greta's 'Off the Record' comment: The 'On the Record' host was once a lawyer with a firm who represented poor people and fought for their Constitutional rights. She pays tribute to a longtime White House protestor and former client who died recently

Let's all go "Off the Record." Check out this pic. Guess who? Yes, Greta Van Susteren, as a very young lawyer.

Prior to TV, I was a real lawyer. For about 13 years, I represented poor people and fought for constitutional rights, including the First Amendment. So, fast forward to three weeks ago, I was at the White House for work, and upon leaving I wanted to introduce my staff to a client of my old firm. Her name is Connie.

VAN SUSTEREN: She has been out here since 1981, and I represented her a million times when she would get arrested for sleeping in Lafayette Park, right? That's what they said. Anyway, an old friend of mine, nice to see you.

Ok, a million times is a big exaggeration, but my firm spent a lot of time representing the right to protest, whether we agreed with a particular protest or not. That's how important that right is.

And after all these years, I love seeing Connie still protesting. But then last night, bad news. Just three weeks later, I learned that Connie has died. We weren't close, but I feel bad. But her death does remind me of what a great nation we have. The First Amendment is so strong that someone like Connie can peacefully protest at the White House every day for more than 34 years.

In many countries, if you protest the government you sure don't get a free lawyer, and you go to jail. So, I echo this makeshift sign displayed by one Connie's fellow protesters today: Rest in peace.