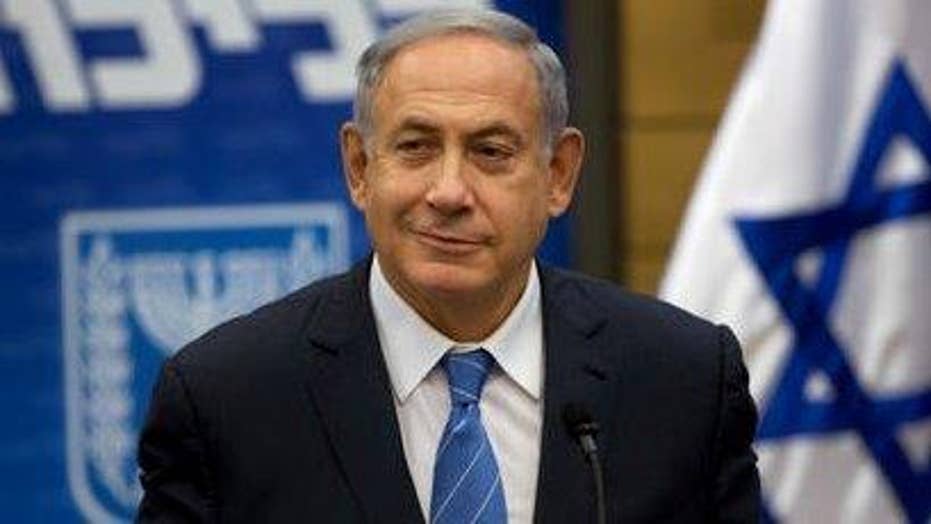 Netanyahu's right - We must work together in war on terror

Greta's 'Off the Record' comment to 'On the Record' viewers: Israeli Prime Minister Benjamin Netanyahu has a great point when he says everyone must work together to stamp out terrorism. What are so many waiting for?

Let's all go "Off the Record." I'm giving my "Off the Record" segment tonight to Israeli Prime Minister Benjamin Netanyahu. He said these words about Orlando, and I thought you would want to hear them:

BENJAMIN NETANYAHU, ISRAELI PRIME MINISTER: This week's shooting wasn't merely an attack on the LBGT community. It was an attack on all of us, on our common values of freedom, and diversity, and choice. Radical Islam terror makes no distinction between shades of infidel. This week it was gays in Orlando, a few days before that it was Jews in Tel Aviv. Before that it was music fans in Paris, travelers in Brussels, Yazidis in Iraq, and community workers in San Bernardino, Christians and journalists in Syria. All of us are targets. We will not be terrified into submission. We will fight back. And we will triumph.

Today I ask you to reach out to friends and the LBGT community. Comfort them. Tell them you stand together. We stand together as one. And that you will always remember the victims. Tell them they will never be alone, that we're all one family deserving of dignity, deserving of life. I have no doubt that those who seek to spread hate and fear will be defeated. Working together, will defeat them even faster. We need to stand united, resolute in the belief that all people, regardless of their sexual orientation, regardless of their race, regardless of their ethnicity, all people deserve respect, deserve dignity.

He's right. We all have to work together to stamp out terrorism. So, for starters, President Obama, as the leader of the last world super power, he needs to lead. He needs to convene world leaders now. Mr. President, how about it?