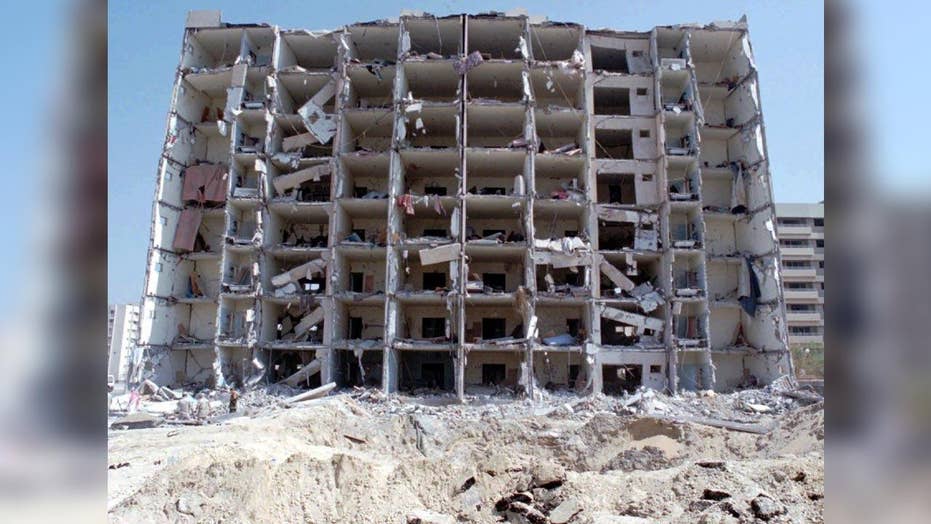 Greta's 'Off the Record' comment to 'On the Record' viewers: The 20th anniversary of Hezbollah's terror attack on 19 US Air Force personal may have gone mostly unnoticed, but we must never forget our heroes

Let's go "Off the Record." This year, June 25th fell on a weekend. But this day June 25th, must not go unnoticed. It's the 20th anniversary of the vicious terror attack on Khobar Towers in Saudi Arabia.

Most of us may have missed the anniversary, since it happened over the weekend. But I know at least 19 families were painfully aware of this anniversary. It's a day their loved ones serving us in uniform were murdered. Nineteen U.S. Air force personnel died in that terrorist attack. More than 350 others were injured. And who did it? Hezbollah, with a truck bomb. And they bragged about it. They were proud of it.

Hezbollah is a terrorist group with a mission to destroy Israel and frankly, if given the chance, us, too. And do you know who arms Hezbollah? Where they get their money for terror? Iran. This past Friday, Hezbollah's leader boasted as long as Iran has money, we have money. And right now, well, Iran has lots of money from the nuclear deal the U.S. just struck with Iran.

But I digress. What I really wanted to do, here and now, is just to make sure, those 19 families know. Yes, we remember. We remember the names of these courageous men. They are on your screen right now. These 19 lives mattered. They are heroes who made the ultimate sacrifice and we must never forget them. June 25th, 1996.