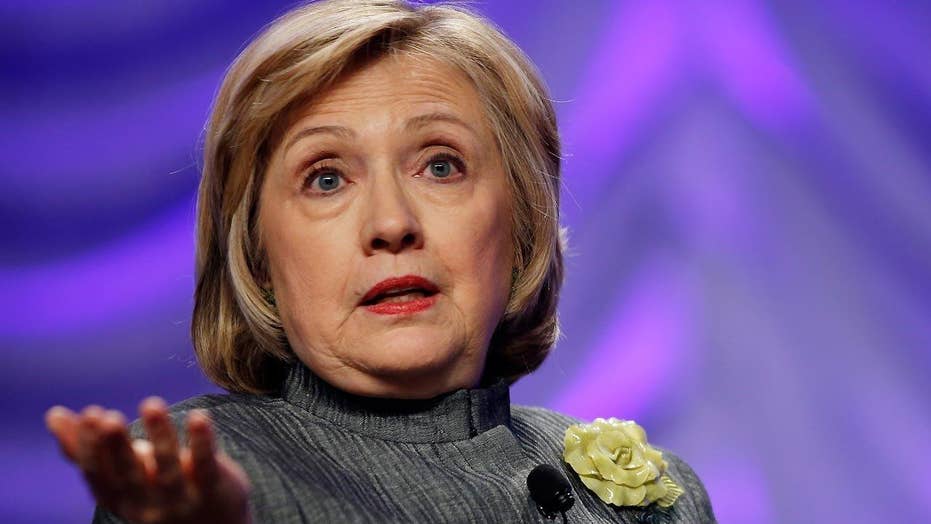 Greta: I can't help but be suspicious of Clinton's lawyers

Greta's 'Off the Record' comment to 'On the Record' viewers: Why did Hillary Clinton's lawyers wipe the server clean so that the other thousands of emails on her server were gone forever when they knew the government wanted them?

Let's all go "Off the Record." Secretary Clinton must have been paying her lawyers by the hour, telling them to keep it short, because they whizzed through her emails, just slapping the surface. They didn't bother reading the emails they sorted; they just read the headers and then said, "Job done," claiming only 30,000 emails were work-related

And then before anyone had a chance to object, they really got moving again, wiping the server clean so that the other thousands of emails on her server that they deemed personal were gone forever. And they did this months after Secretary Clinton was under a microscope over Benghazi and she knew and her lawyers knew that her emails were a key to the investigation.

They could have archived those destroyed emails. They could have done that in their law offices. They chose not to. I'm bothered by this. I'm all for effectively representing a client. But you can go too far.

And FBI Director Comey says the lawyers destroyed not just personal, but some work emails. But he said he found no evidence that it was intentional to conceal evidence. I confess I'm suspicious. In the courtroom, the judge would tell jurors they may assume that destroyed evidence would have been unfavorable to the party destroying the evidence if intentionally destroyed and done in bad faith.

So, was this destruction of emails intentional? Yes. Was the destruction done in bad faith? You decide that one.