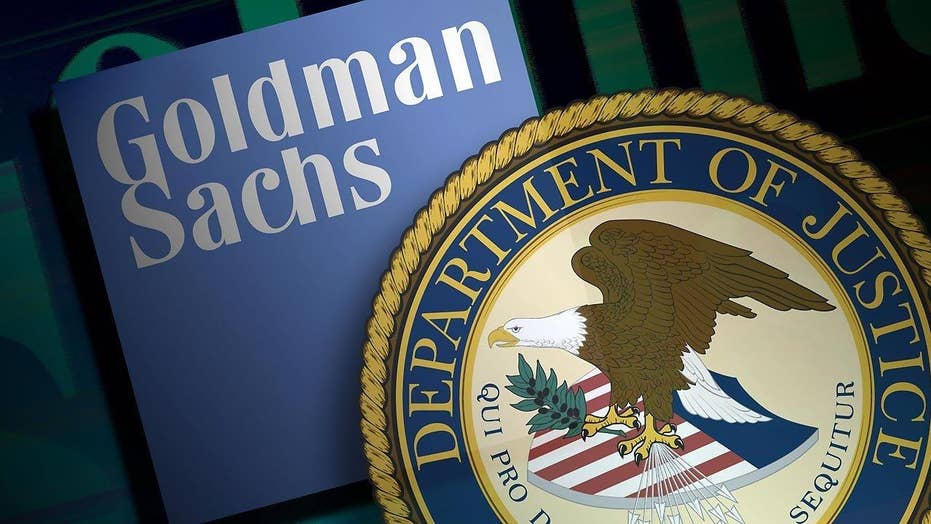 Greta's 'Off the Record' comment to 'On the Record' viewers: Once again, Attorney General Loretta Lynch's Justice Department is cutting deals where the actual culprits never pay a dime or go to jail and shareholders - and taxpayers - pay the price

Let's all go "Off the Record." What a disgrace! No handcuffs, no perp walks. Attorney General Loretta Lynch and her Justice Department are doing it again, hurting you by cutting a sweetheart deal, one they would never cut with you. And it's to protect the powerful Goldman Sachs.

Yes, the Goldman Sachs is up to its eyeballs in the collapse of our financial system in 2008. Their conduct in 2008 wasn't an accident; it was knowing and deliberate. The statement signed by DOJ and Goldman expressly laid out how Goldman made false and mislead in representation in its mortgage backed securities.

"False and misleading"? That's fraud. Who commits fraud? Crooks. Is anyone at Goldman Sachs going to jail for this? No. Attorney General Lynch is giving the crooks a complete pass. No prison.

Yes. I know. The DOJ is bragging that they gave Goldman Sachs a civil fine of $5 billion. Civil. Not criminal. That's a big difference. And the fine is a joke. Guess who pays the fine? The crook? No, of course not. Not a dime. It's the innocent shareholder who gets stuck paying the $5 billion civil fine. Maybe you.

And do you know what else is really rotten? The attorney general's phony dog and pony show memo last September. That memo specifically stated that DOJ would work to prosecute individual employees, not just their companies. That didn't happen here.

Yes, the jury is now back in on that memo. It's a lie. And that's my "Off the Record" comment tonight.