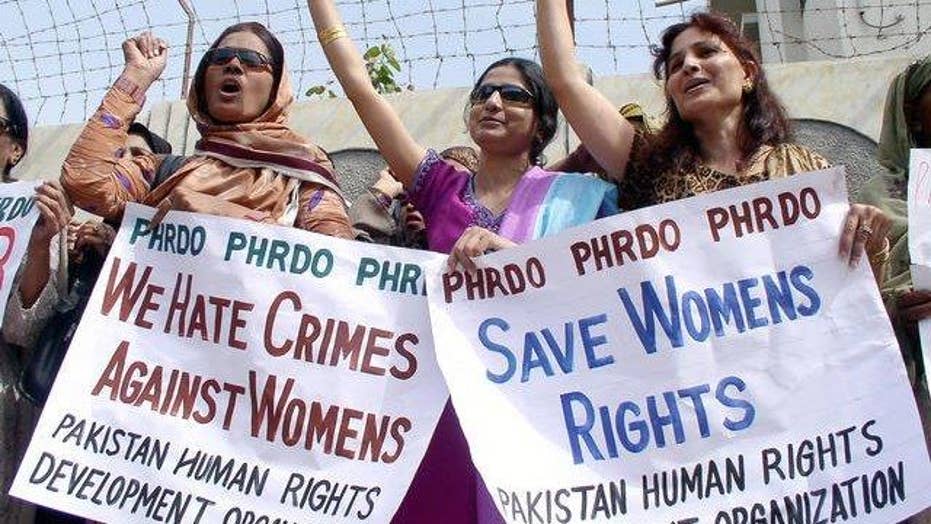 Greta's 'Off the Record' message to 'On the Record' viewers: Things are not perfect in the US for women, but let's give a shoutout to American men, who are the very best men on the planet

Let's all go "Off the Record." Tonight I have a special message especially for you men, who every night are sitting on that bark-a-lounger watching TV and yelling at the TV every time I pop up at 7:00. I know you are out there.

But here's the message: Tomorrow is International Women's Day and at the crack of dawn, I'm heading to Texas to interview former first lady Laura Bush, who is hosting an event at the Bush Center in Dallas called Voices of Hope, which, among other things, highlights the most unconscionable things done to women around the world.

The Taliban won't let women listen to music, go to school or leave the house without being covered head to toe in a burqa. And if a woman dares to violate the rules, she risks being publicly stoned in a stadium in front of crowds of cheering men. Women around the world living under Sharia law endure the unthinkable simply for being women, which brings me to this.

On this International Women's Day eve, it'd be a good time for us women to recognize that American men. Let's give American men a shoutout. Things aren't perfect. For instance, we still don't have equal pay for equal work. But American men are, by very far, the best men on the planet. We American women, we may not say it, but we know that and American men deserve to hear that from us.