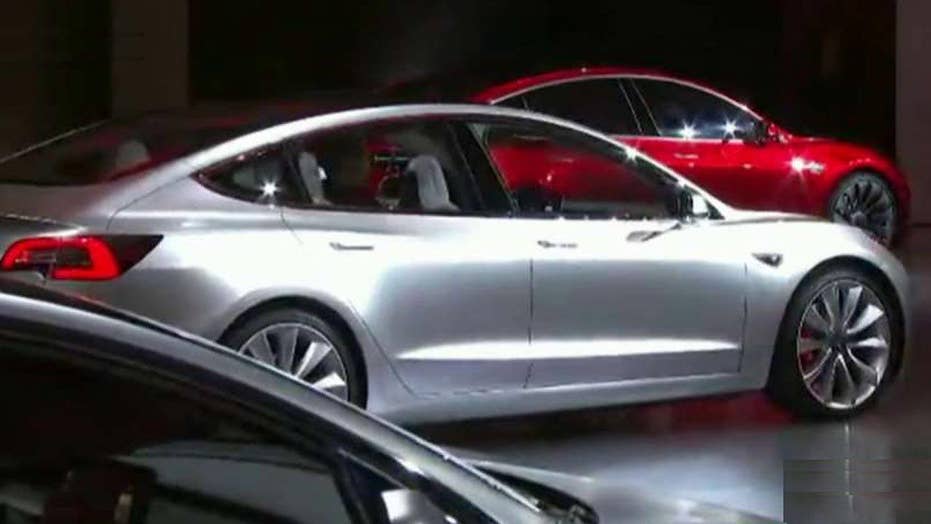 Greta: A revolution's upon us - Tesla's Model 3 electric car

Greta's 'Off the Record' comment to 'On the Record' viewers: Elon Musk is the Steve Jobs of the automotive industry! This is the most spectacular thing to happen to cars since Henry Ford's Model T

Let's all go "Off the Record." It's Friday. And the news: The revolution is coming.

No, not that revolution that Senator Bernie Sanders is calling for. But your wheels. In just one week, 325,000 people plunked down $1,000 to pre-order a car not yet built and won't be built for two years. That's how hot this news is.

Ford, Mercedes, and General Motors must be asleep at the wheel. How do they let newbee Tesla beat them to such a hot seller? With that huge influx of American cash, it's a great time for us to lean on Tesla and make sure those soon-to-be built cars, their parts and all future orders are manufactured - guess where - you guessed it, the good ol' USA! I hope Tesla is not tempted to wander out of the country because not only do we Americans love our cars, we love the jobs.

And by the way, to the lucky future owners, no more gassing up your car with that filthy nozzle while standing in the rain. And environmentalists, no more pollutants spewing out of the exhaust pipes. And the style - not bad. Luckily it looks nothing like the Pacer. Remember that one?

Yes, this is a big deal, a revelation in the automotive industry. The most spectacular thing to happen to cars since Henry Ford's Model T ... except, of course, the 65 Mustang. That's still a showstopper.

And that's my "Off the Record" tonight.