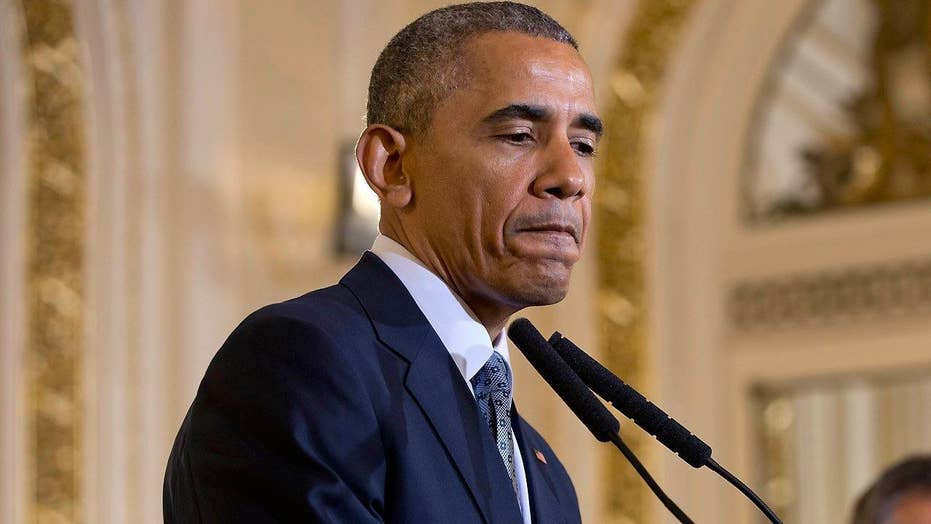 Greta's 'Off the Record' comment to 'On the Record' viewers: Mr. President, you are the leader of a super power. In this time of terror, by cutting your trip overseas short, you would be showing our allies that we stand by them

Let's all go "Off- the-Record." This is a plea to President Obama: Mr. President, come home.

Cut your trip short to Argentina and return to the White House. You are the leader of the last remaining super power, and with the terrorists striking again and striking our close friends in Europe, we Americans need to send a big message to our friends that in their time of grief and need, we stand with them. And you, as president, cutting your trip short and returning to the White House would send that big message.

Remember, after the massacre at Charlie Hebdo you let everyone down by not going to Paris and marching with other world leaders. So this would be a chance to reverse that. And I know, of course, your returning to the White House is not going to stop terrorism; no one thinks that. But symbolism really matters.

Remember how after 9/11 Queen Elizabeth directed that our National Anthem be played at Buckingham Palace? That meant a lot to Americans. So, Mr. President, we need that powerful symbolism of the President of the United States standing with Europe. Not just in words, but in action, doing something symbolically big. So, please, come home.