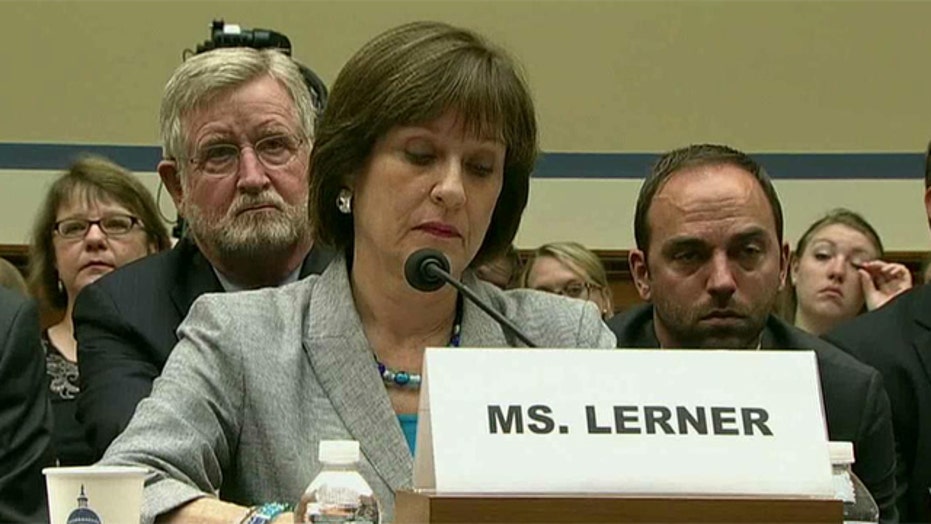 Government jobs as certain as death and taxes?

DAGEN MCDOWELL: This Leviathan, this monstrosity we call "government," there is zero accountability. You get to Lois Lerner, she stands in front of that Congressional committee, takes the Fifth, and essentially acknowledges that there was maybe some criminal activity that goes on. And in the greatest side-step of all the, the first senior administration official to testify about this IRS mess, Deputy Treasury Secretary Neal Wolin--- when they were being sworn in, and you can see it, we've got video-he took a step to his left so he would not be in the money shot with the other IRS officials and the independent investigator. And when Lois Lerner was dismissed, there was an empty seat between him and Douglas Shulman, and Neal Wolin refused to move over until Congressman Darrell Issa told him "you better get over there and move over."

BEN STEIN: I make of it the fact that if there is an IRS official taking the Fifth, there's got to be some criminal activity there. The Congress or someone else is going to grant her immunity for testifying. She's going to testify or else go to jail for contempt. There's going to be a heck of a lot more revealed. This is just the tip of the iceberg.

ADAM LASHINKY: The fact of the matter is we have a presumption of innocence in this country, and we have had for a very long time.

ADAM LASHINKY: The bar should be extremely high before telephone carriers and internet companies give anything to the government. They should resist as much as possible. We don't have an absolute right to privacy; the government can demand this information, but they should do it the right way.

BEN STEIN: I think that the leak must have been a super gigantic, unbelievably important leak for them to have gone through all this trouble, and for them to be attacking Fox. I seriously question whether it's just this leak, or whether it's another iteration of the IRS harassment of conservative tea party groups. I notice that they don't seem to be asking for the phone records for people from ABC or NBC.

CHARLIE GASPARINO: To tap someone's phone you're supposed to show probable cause of committing a crime, and then the court will give you a court order to actually put the listening device on your cell phone or your phone.

DAGEN MCDOWELL: Let's hope that these companies-and I do agree with Adam-will stand to protect a free press, and protect those from the government. But given the actions of this government right now, and the lengths to which they will go to go after people, labeling James Rosen a "co-conspirator" to get that search warrant-wouldn't you be afraid of the government if you're a Google, if you're a Verizon? We're in a very dangerous situation here.

REPORT: IMMIGRATION BILL BACKERS SAY NOT ALL "BACK TAXES" WILL BE PAID

DAGEN MCDOWELL: There's no record of where a lot of these people work, so if they stand hard and fast by you have to pay taxes on all the work you've ever done in this country, this bill would never get passed.

BEN STEIN: I think all of this is going to an unimaginably explicit pandering to the Hispanic vote, which I guess is just the way politics works. Of course Charlie is completely right; they will never collect those taxes, they will never collect any kind of meaningful background checks as Dagen said. We're basically just saying open up the flood gates and anyone that wants to come in can come in.

ADAM LASHINSKY: All sorts of people who work in the cash economy don't pay their taxes, that's not a good thing, it just is. This being an issue is just opponents of the bill bringing something. As Dagen's already explained, you're not going to be able to collect those taxes anyway, but we get them in the country legally and we start collecting those taxes. That's another good aspect.